I was doing so well with posting regularly up until Christmas, and then–wham!–the holidays came, and I broke my routine. I’ve been working on my blog on the back end, cleaning up and categorizing posts so that readers can actually find content.

I thought I’d be up and running with projects again since the kids just started back to school this week after a long Winter Break., but instead, this week I’ve been focusing on putting together a video tribute to my grandmother that just passed away on New Year’s Eve. 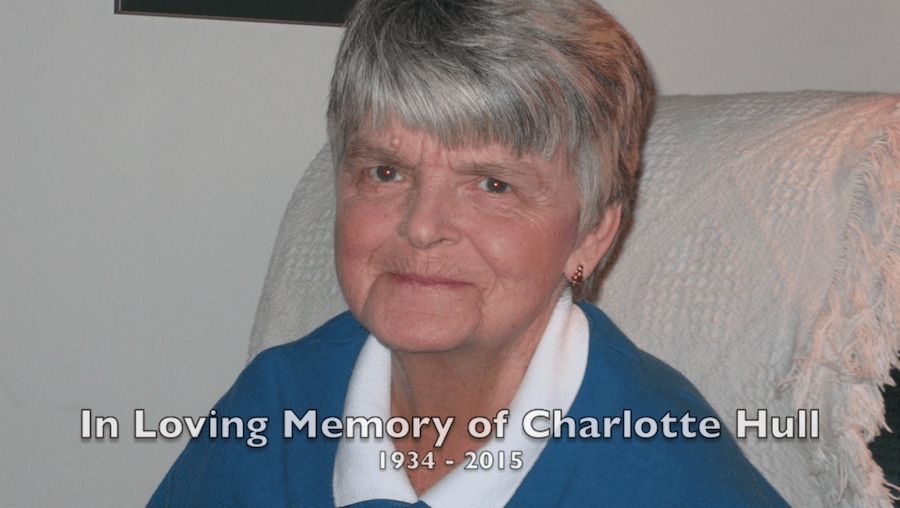 I want to step away from DIY for a moment to reflect on what this moment has taught me.

(I love me a good life lesson).

Alzheimer’s was an ugly disease that robbed my grandmother of who she was and the person people knew her to be. But oddly enough, it also gave our family something unexpected:

The understanding of what “family” really means.

My mom and Nanny didn’t have the greatest relationship when Mom was growing up. Being a white girl in a predominately white town in the 60’s, it wasn’t hard being ostracized for dating black men. As punishment, she was kicked out of the house, given the boot.

For years, my mom and grandmother were estranged, but somewhere along the way, they reunited. On weekends, we started going over to Nanny’s house, picking her up to take her to work, or just going for drives and getting ice cream. It became our weekend ritual.

Despite seeing her often, I don’t remember being close to her. My sister and I grew up jealous that she favorited other grandkids, and that sentiment followed us throughout the years. I really think it’s the reason I lost touch with my grandmother–never really calling often enough to say hello…seeing her mostly at holidays or family funerals…thinking she wouldn’t notice and wouldn’t care.

But I sit here with a letter in my hand–one that she wrote to me when I was 20, away at college in Miami for a semester.

Pulling out that letter now, after her passing, I see things much more clearly:

She cared, but never knew how to show it.

This letter is proof. 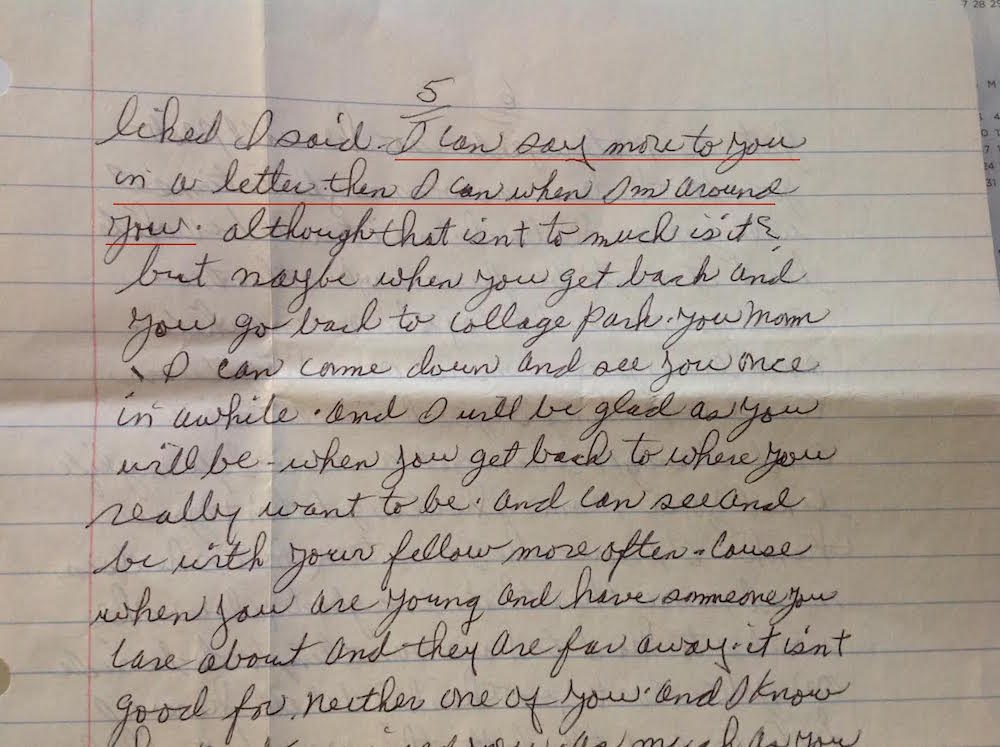 Then I realized that our whole family is this way. We’re a shell of a family that has never been close.

Not because we don’t love each other, but because this is the habit, the expectation that we have set for our family. It’s all that we know.

We don’t interact with each other, we don’t hang out “just because,” and when we do see each other at Christmas and funerals, we make small talk like the strangers we are.

But Alzheimer’s exposed those barriers.

Years later after the diagnosis of Alzheimer’s, my mom did the most selfless thing a daughter could ever do: she quit her job, rendering herself broke, and moved Nanny in with her, my sister, and my niece.

She cared for her as if she were a child, changing her when she needed to use the bathroom, feeding her when Nanny couldn’t (or wouldn’t) do it herself. I hadn’t seen anyone in our family care for another family member in this way. Ever.

One day while visiting Mom, I had to help get Nanny to the bathroom during a time when Nanny was too weak to move very much. We were losing our grasp on her, sure we were going to drop her. Mom quickly sat down on the toilet with Nanny sitting on top of her, so that we could reposition ourselves. But not before I laughed out loud and ran for a picture! 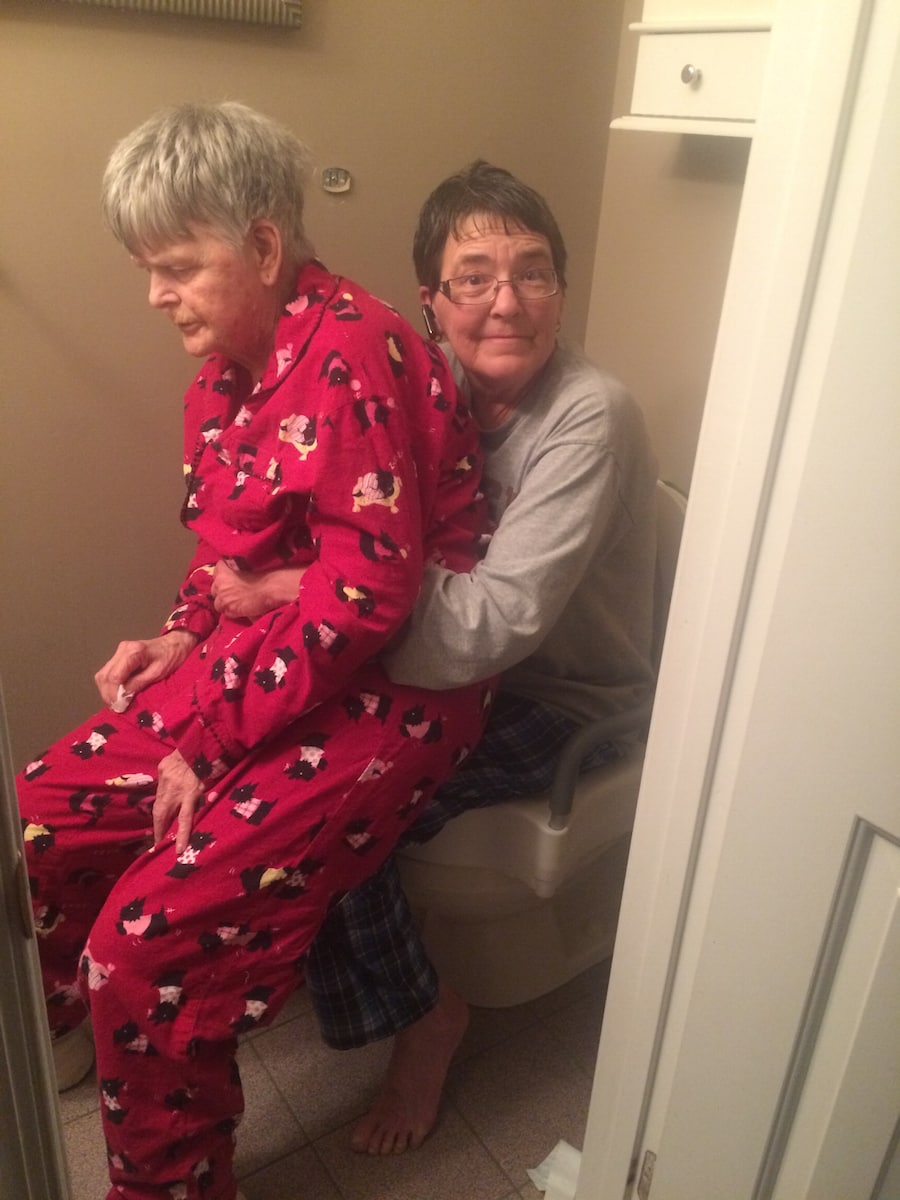 It was moments like these when you see the true meaning of family.

When you’re helping your mother to the bathroom and your muscles are aching, but you hold steady. When it’s ripping you apart emotionally (like it did Mom), but you keep forging ahead because you want the best for family.

During these moments of seeing my mom care for my grandmother, all childhood thoughts and questions about whether she really cared for us, dissipated. The Alzheimer’s may have stolen the grandmother I knew, but it replaced her with a sweet old lady that would stare at me, tell me I’m pretty, and tell me she loved me.  With Alzheimer’s, the barriers were gone.

What I learned from all this is that the word family goes deeper than just being related to someone by blood.

Family means having someone’s back, no matter how hard it is.

Family means breaking down those barriers and showing your true self to the people you love.

Family means feeling like you’ve got a soft place when you’re falling.

And my wish for 2016 is that this family of ours can take off its masks and break the uncomfortable silences and remove the barriers that prevent us from truly being what a family should be.

Nanny would want it that way. 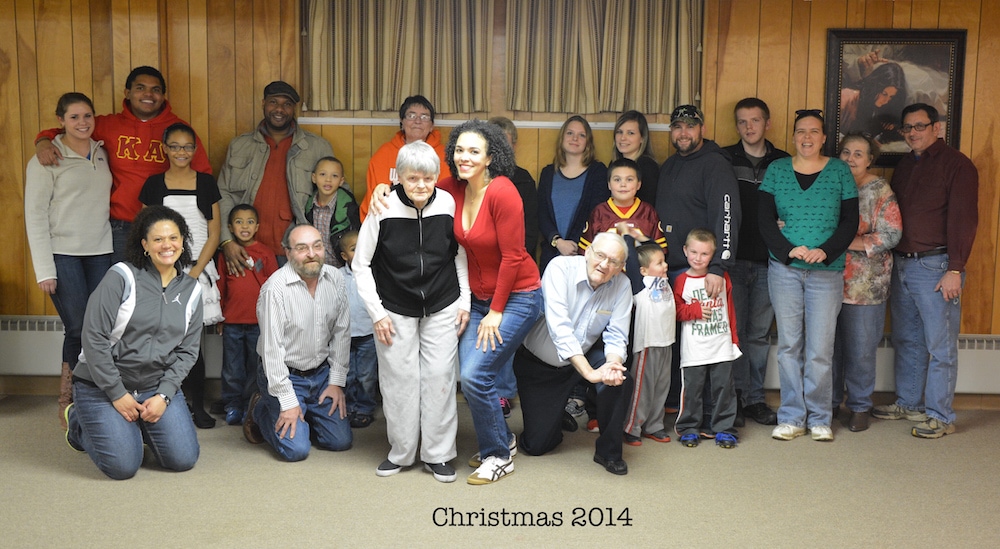 For those that would like to see the video montage I put together of my grandmother, here it is: 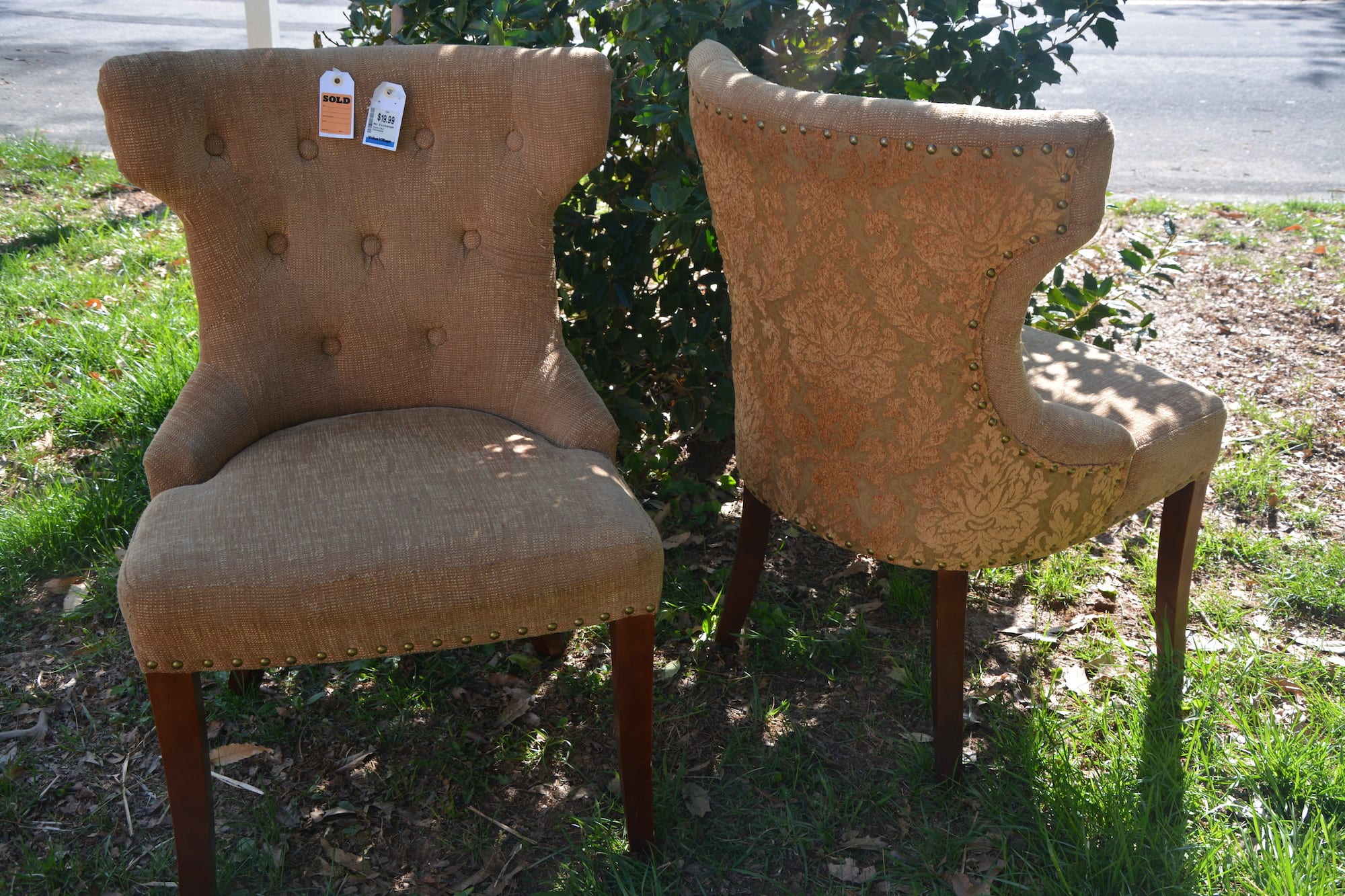 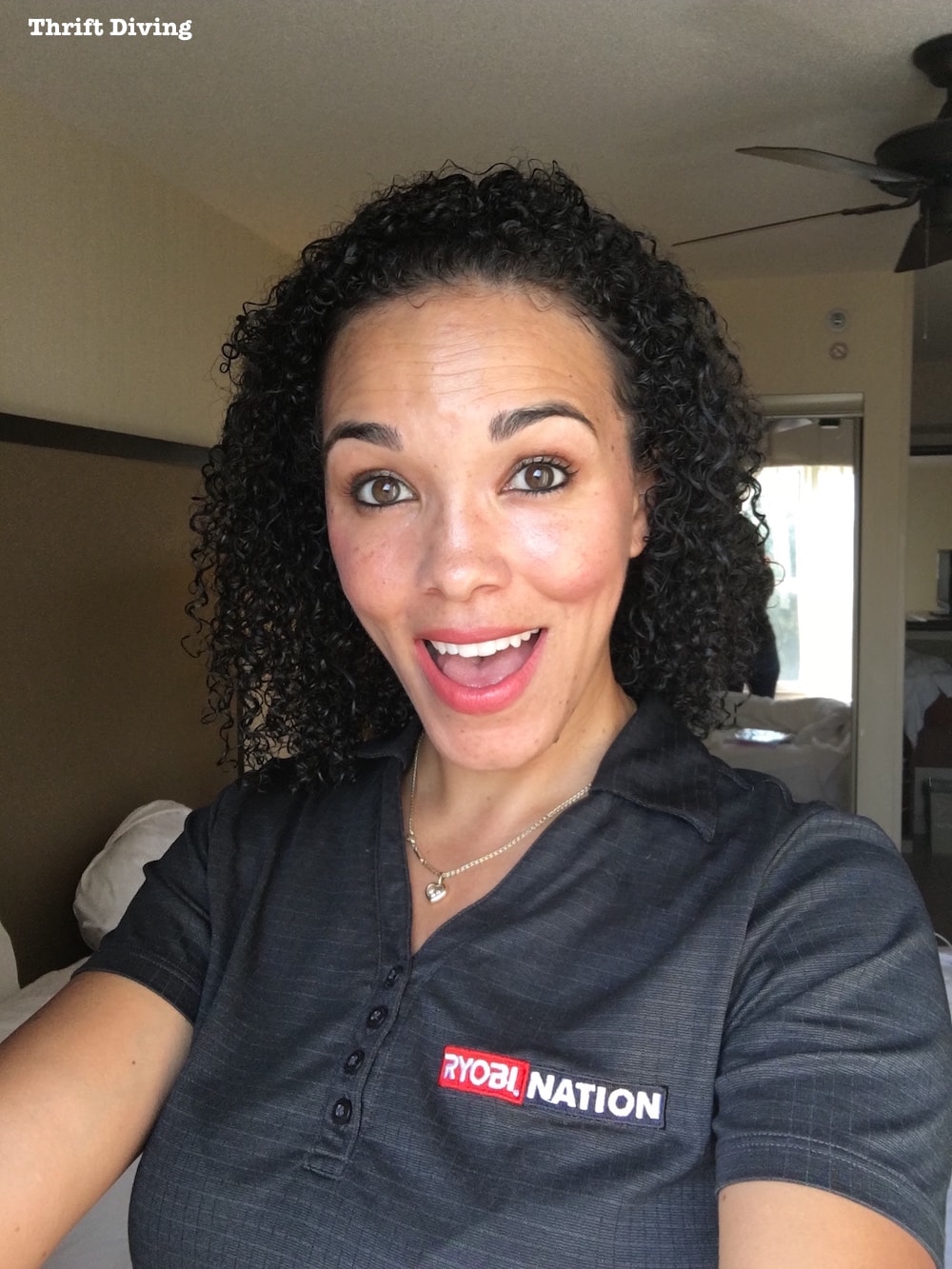 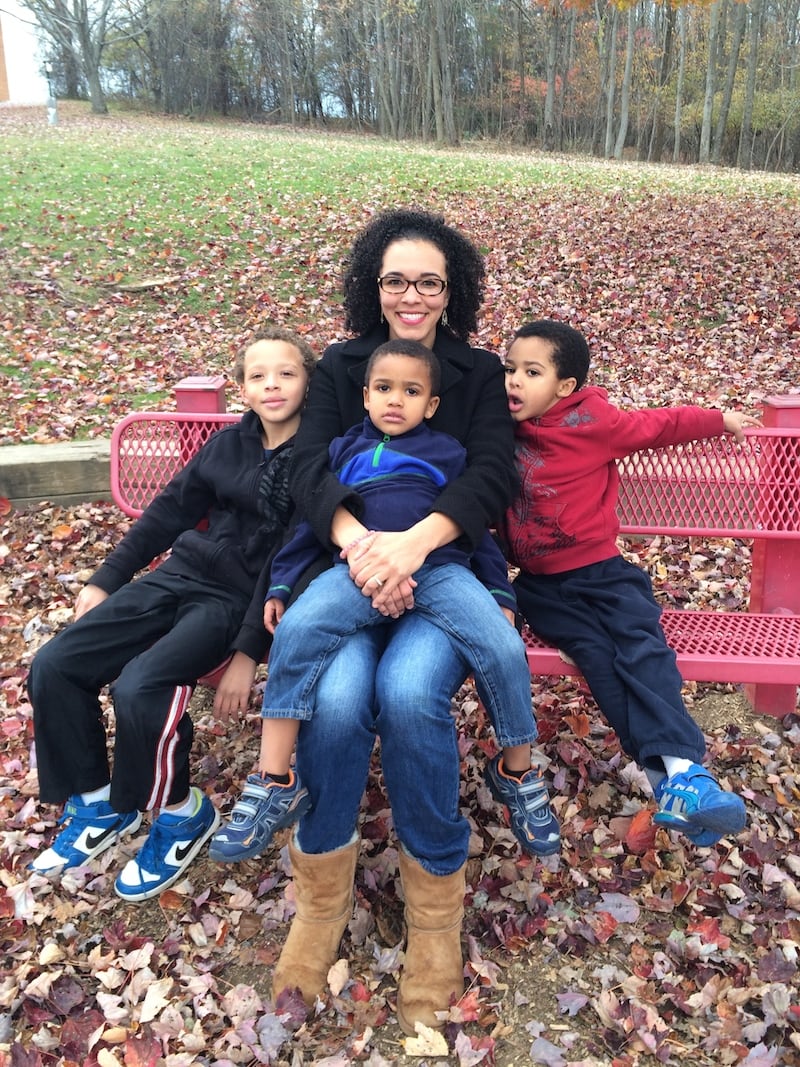