I love when the universe conspires to put something in my path that quickens my heart rate–like these vintage building sign letters I got for free today!

I had just left a horrible doctor’s appointment (have you ever had a tube inserted up your nose and down your esophagus?? Um….it’s not fun….).

Around the Maryland, Virginia, and Washington DC area, traffic is a nightmare, especially during the early afternoon/rush-hour.

I was on I-495 and bad traffic forced me to take a local road. May as well stop by my favorite organic store to pick up some of my favorite tea, since my alternate route would lead me right past there.

But what do my eyes see as I park my van??

Some folks removing these vintage building sign letters from an old Chinese food buffet restaurant that has been out of business for months! 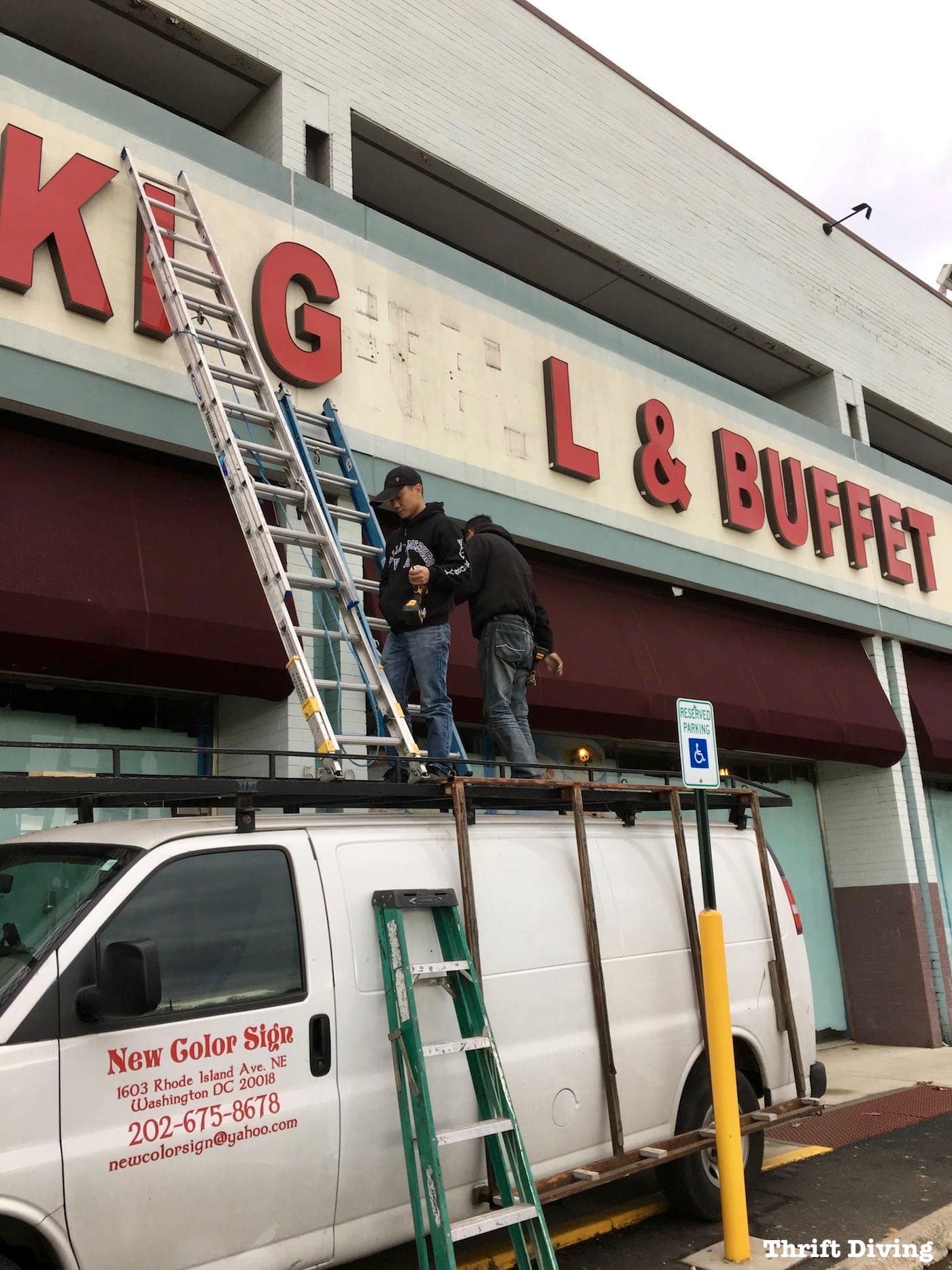 Without hesitation, I excited walked over to the very-little-English speaking new restaurant owners, anxiously wanting to know what they were going to do with the old building sign letters.

ME: [gesturing towards the trash bin] “Are you going to throw them in the trash??”

ME: [Excited smile, hands grasping my chest] “Oh! I want them! I want all! [insert arm waving] Can I have some? I will pay for them.”

THEM: [Giggles] “How many you want? Which ones you want?”

But the fact that they were willing to give some to me–swoon……They were fabulous!

I stood there thinking quickly about what I could spell out with these awesome letters before they changed their minds. 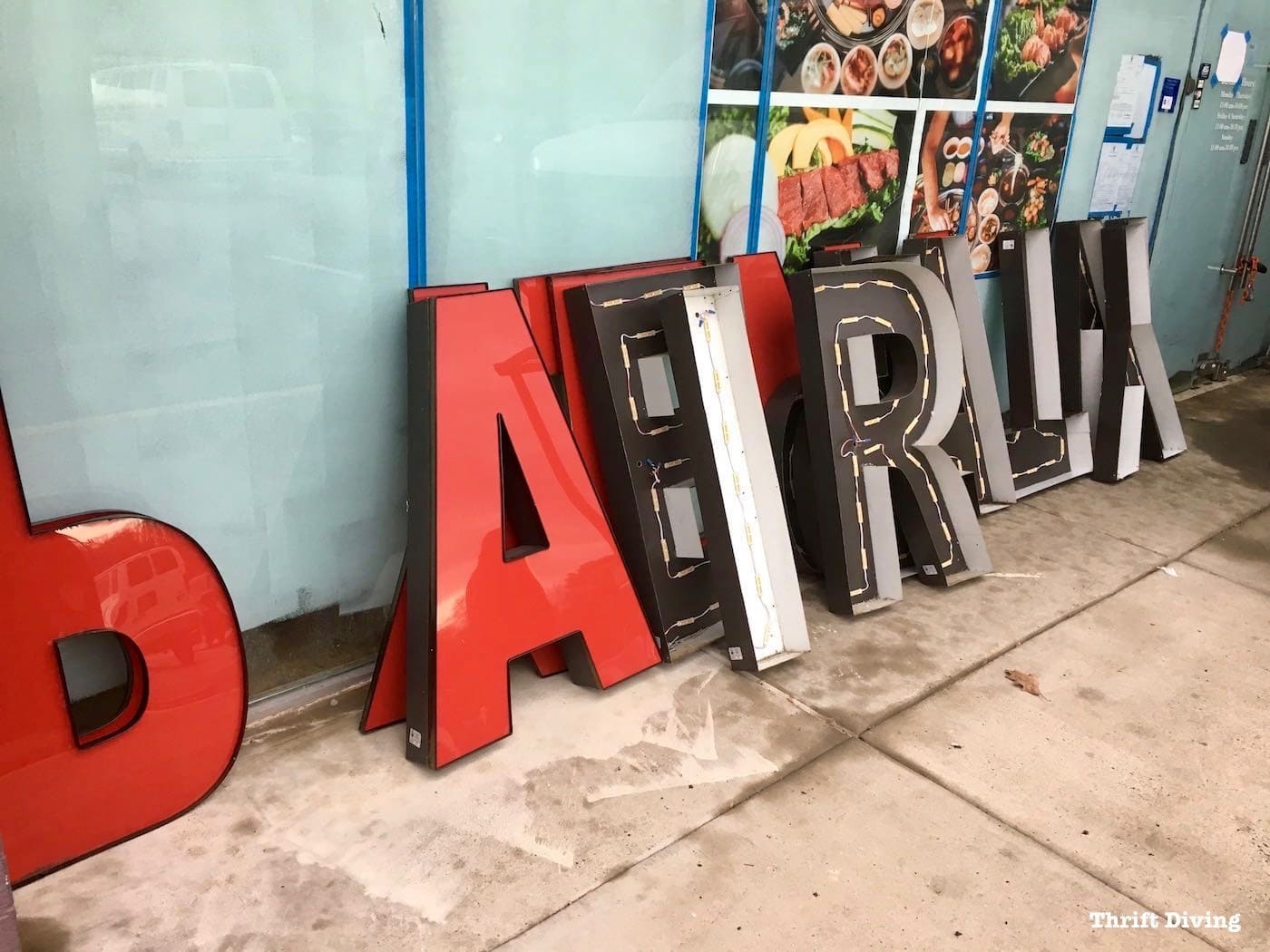 I was hoping for a D…I…Y, but unfortunately, there weren’t any “D”s and there were no “S”s “Serena” either. 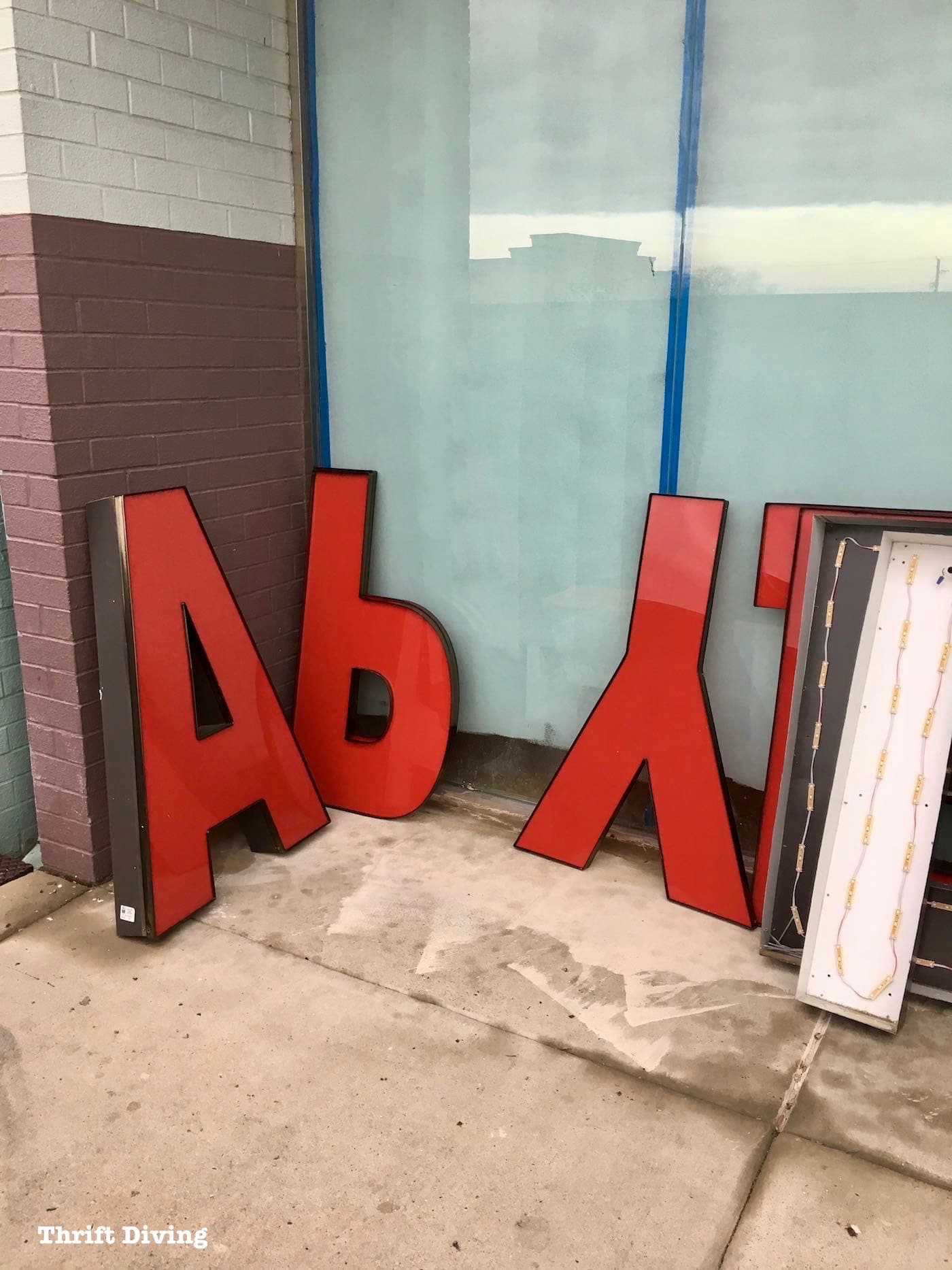 Here in the Appiah household, two of my sons and my husband’s name all begin with “K” so of course, I asked for that!

I eagerly waited as they removed the “K.” 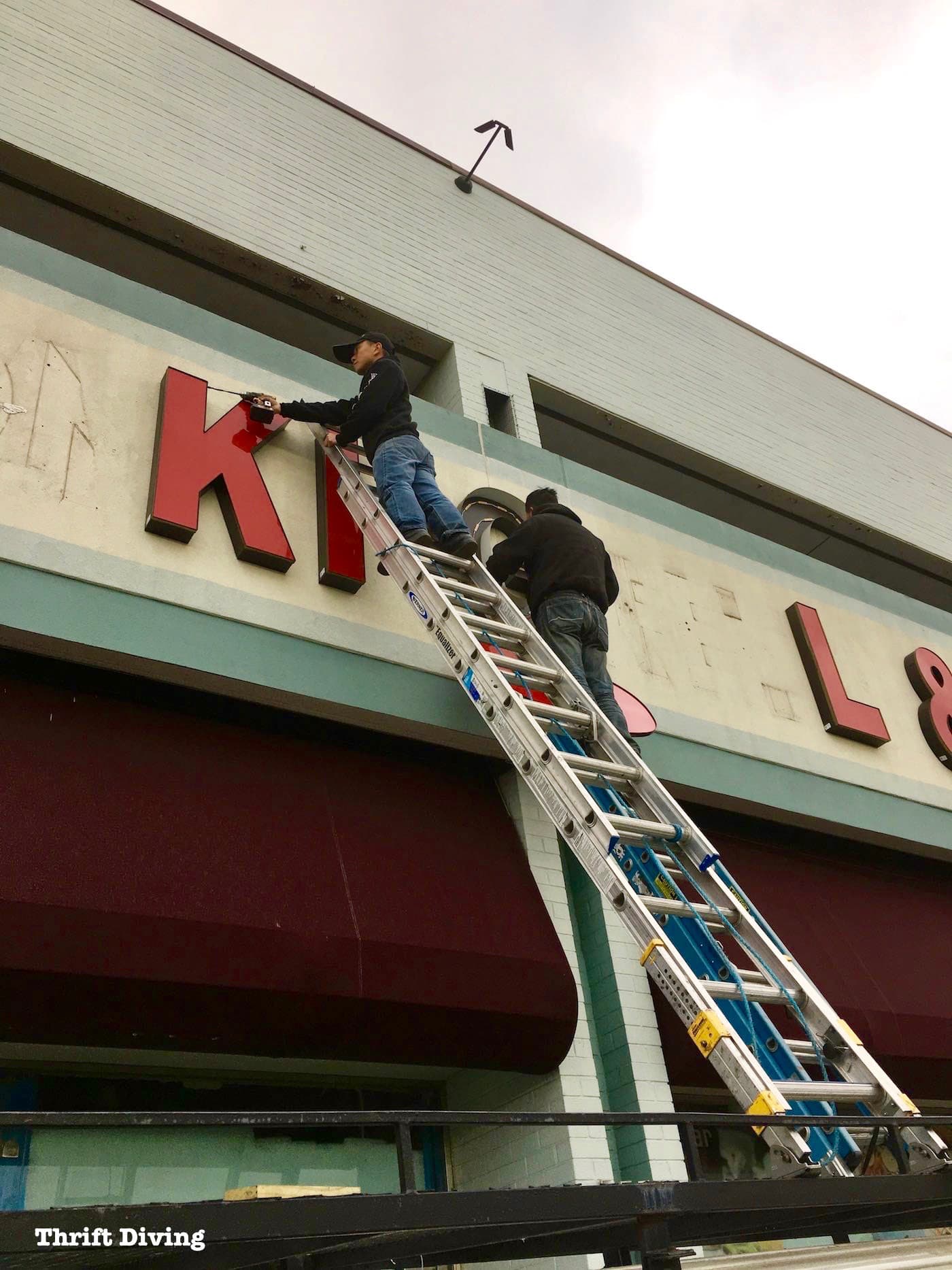 I got excited for a moment when I saw the outline of an “S” but apparently, that “S” was from an older sign from a previous business many years ago.

Beggers can’t be choosers, though, and I was soooo thankful they were allowing me to take home the letters that I got! 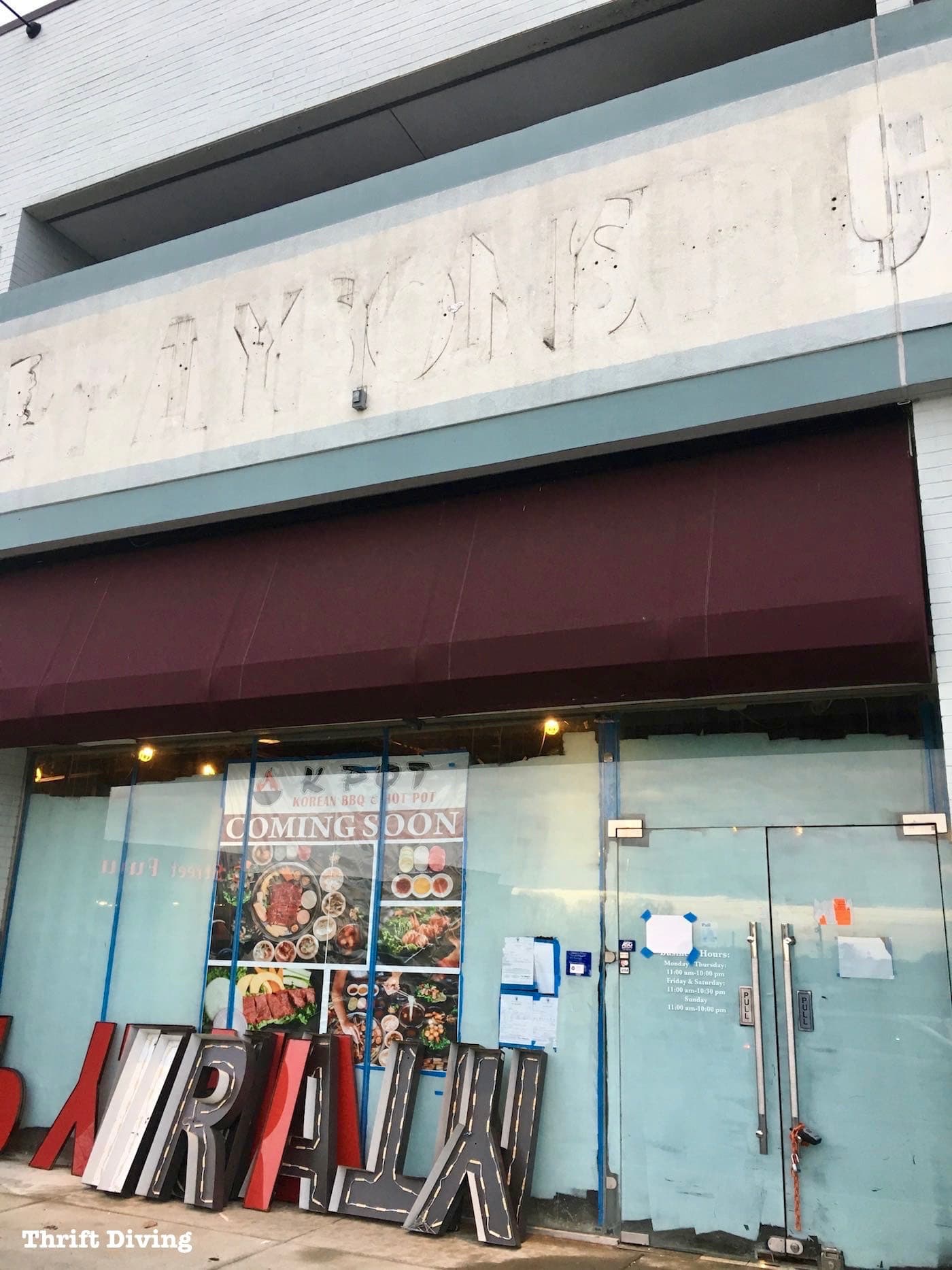 The only thing one of the owner wanted was to remove the stickers on the sides which had some numbers on them.

I’m assuming these were similar to SKU numbers or something.

After she removed them, she handed them over to me. 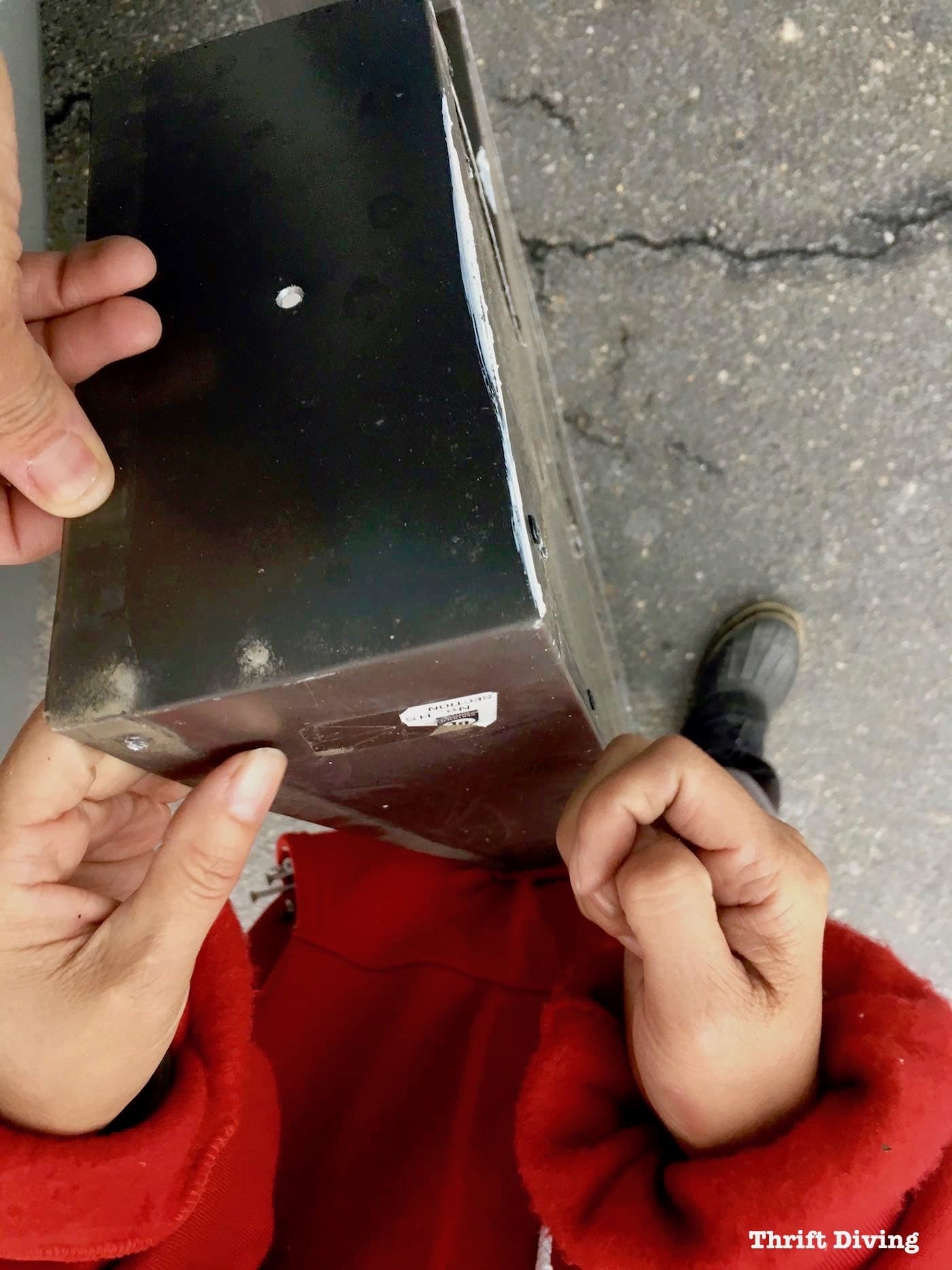 I stacked those babies in the back of my van very carefully so I didn’t crack the plastic, thankful for the detour I took today. (You’ll notice that the covers are red plastic and the backings are metal).

Oh–and the coolest thing they allowed me to take was this ampersand!

There were small lights in them, but it looks like the writing was cut in order to remove them.

I’ll likely create my own lights inside.

Shouldn’t be a problem. 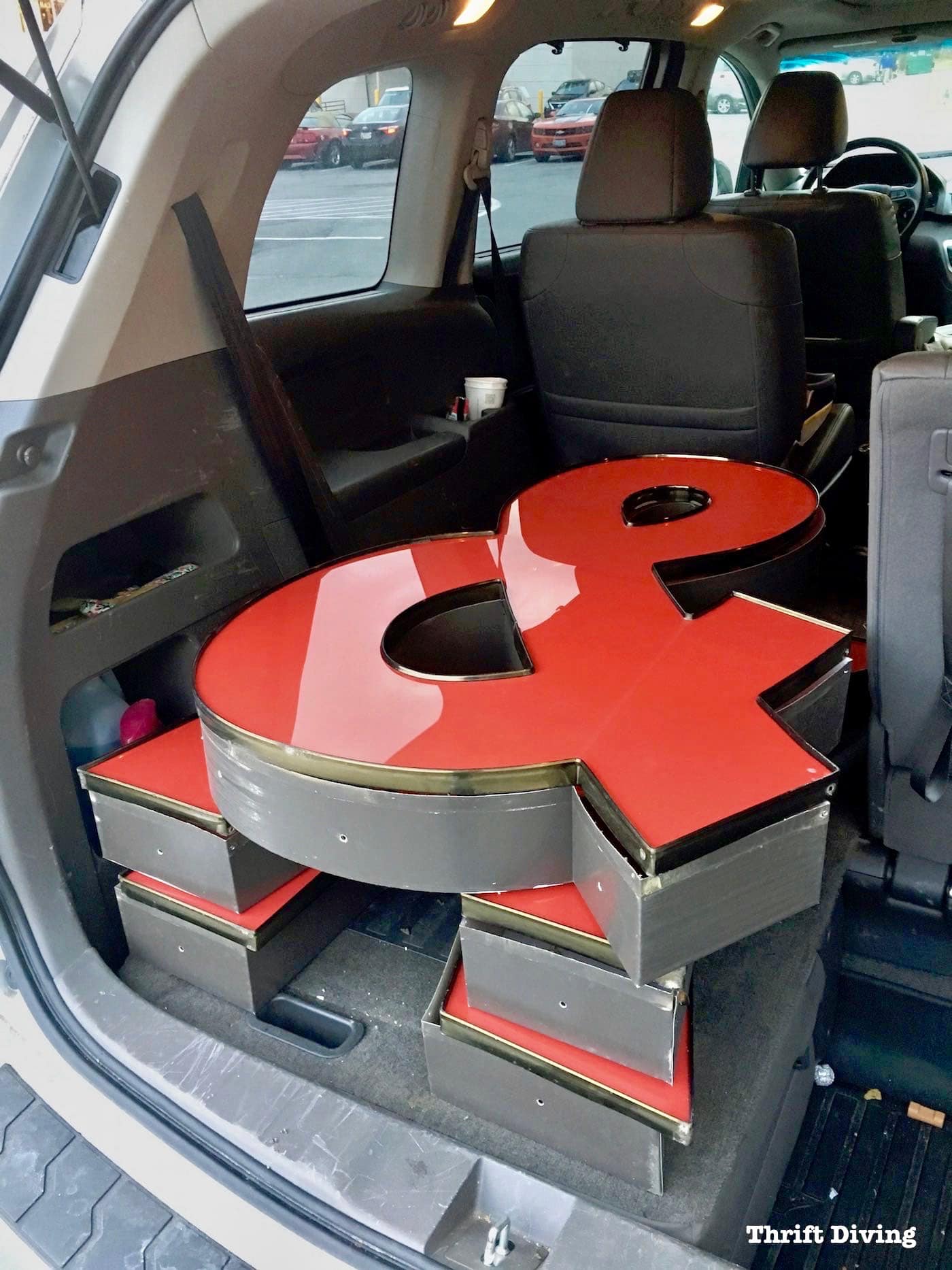 Gleefully, I drove away excited at their generosity. They totally didn’t have to allow some random stranger like me to walk up and ask for old vintage letters from the building that is soon to become their new Korean BBQ restaurant! But they did, and I was so happy about it!

And just to give you some perspective of how tall these vintage building sign letters are, I asked my middle son to stand next to them. 🙂

They nearly come up to his shoulder!! 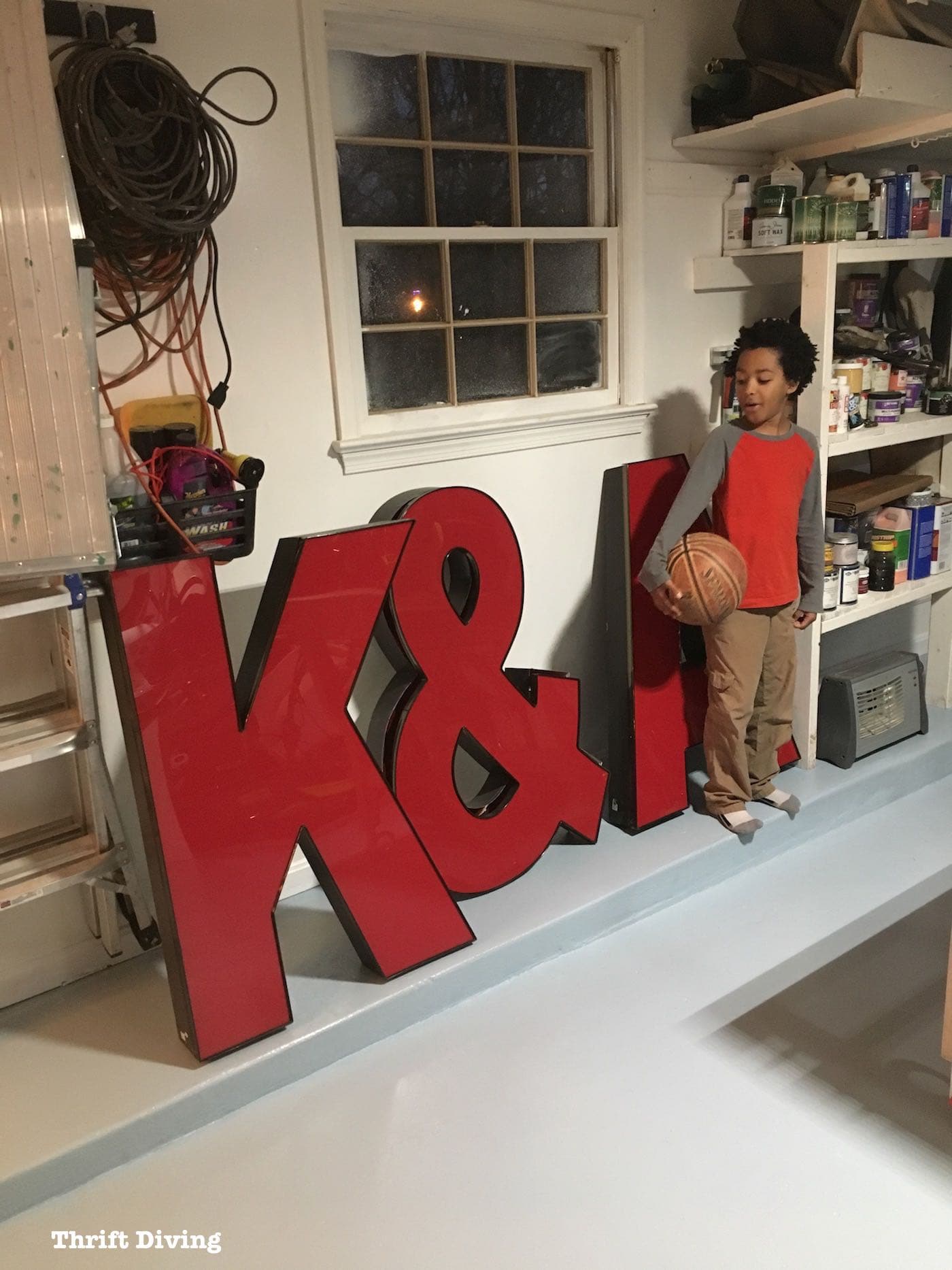 The big question now is, “What are you going to do with them, Serena?”

I’m thinking of putting them in hubby’s office. Since he’s technically “K” and A”….I mean, it makes sense.

But I may keep the ampersand to myself and find a place to hang it and light it up in my garage.

….Perhaps when I remove my DIY wall-mounted Christmas tree after the holidays! 🙂 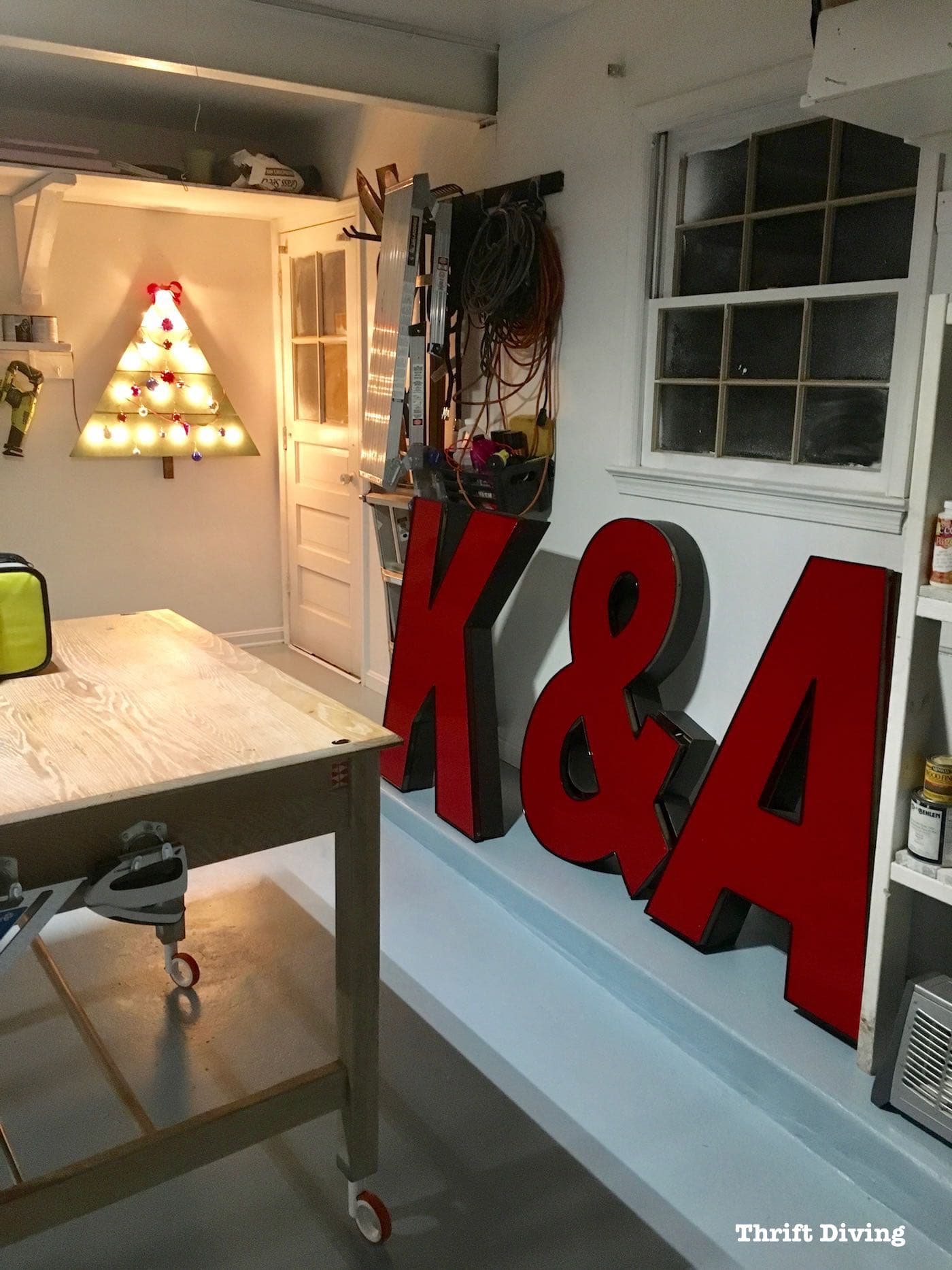 Finds that good rarely happen on a random Monday outside of a Korean restaurant. HA!

Sometimes the universe conspires to deliver you a bit of good luck on a day when you can really use it. 🙂

Have you ever had a great discovery where you got something for free that made your heart race a little faster?

Let me know in the comments section! 🙂