You are here: Home / Furniture Makeovers / The Makeover of a $5.00 Thrifted Kid’s Desk

Sometimes finding stuff at the thrift store is like a furniture famine. Everyone is afraid that they won’t find something good, so when they spot it, they snap it up so quickly.

That’s what I did with this kid’s chair. I was walking down the aisle and nearly the same time that someone else stopped in front of this chair, I said, “Wow, this is so cute! And it’s only $5.00!” Some woman was like “OMG, yeah!” as if she were about to buy it if I didn’t.

Ummm……Rule #1 at the thrift store–never let someone grab something before you. 🙂
So I quickly loaded it in my car, with a cat-eating grin on my face. I knew I had scored something great!

It was cute, but with all that natural wood, a bit “BLAH…” 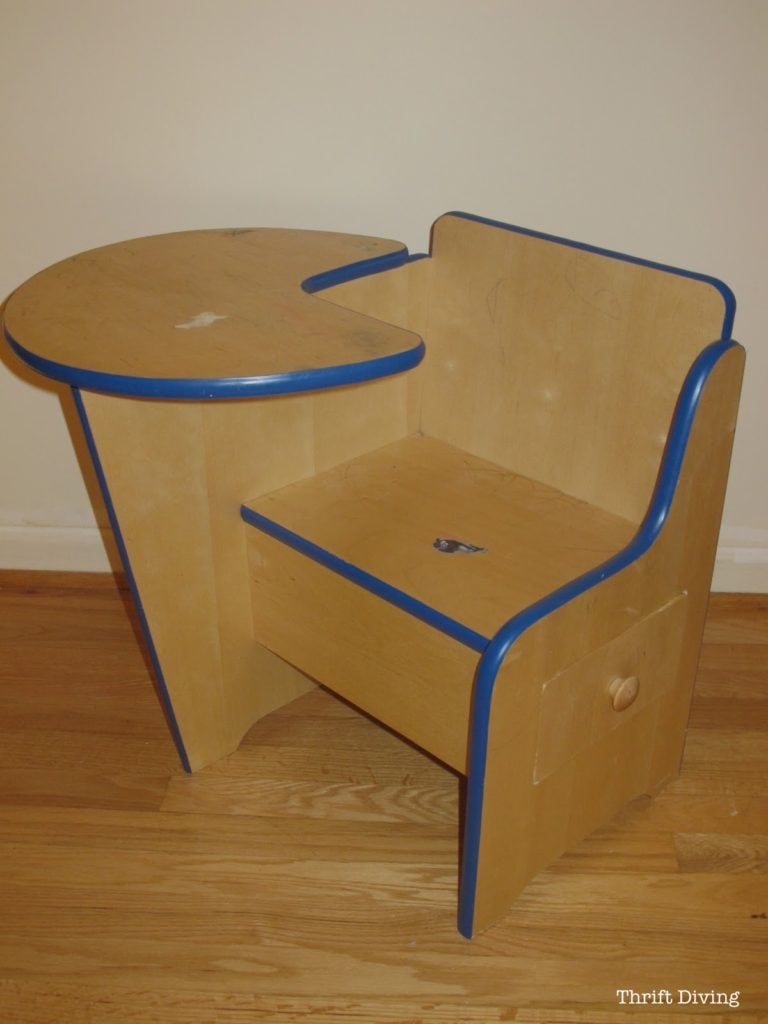 But after slathering on Annie Sloan chalk paint in Aubusson blue, with white accents, and a chalkboard on top, this piece was AH-mazing!

The blue was so crisp against the white. It looks expensive, doesn’t it?! Little does anyone know it was only $5.00 :). 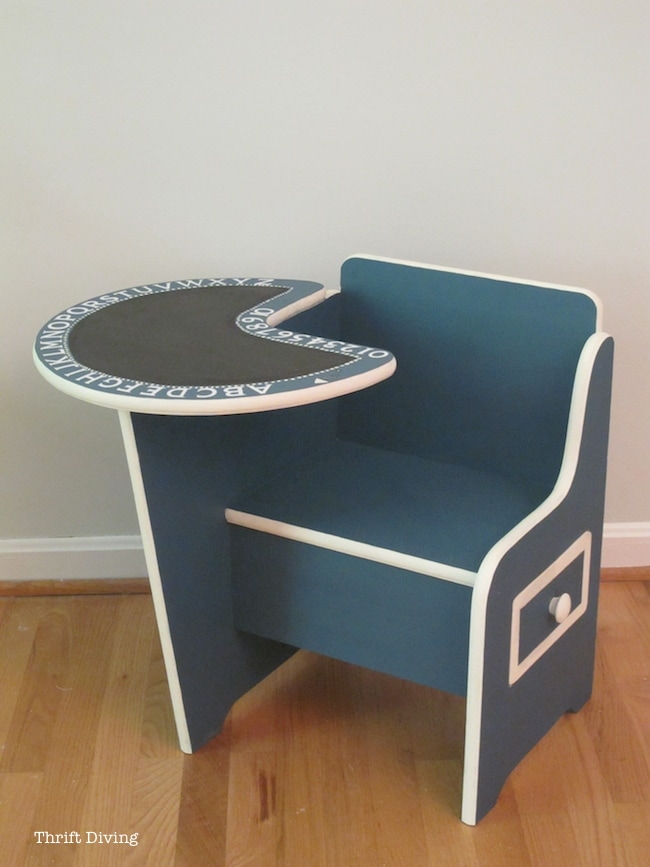 I really wanted a place where my boys could sit and learn their ABCs and practice on the chalkboard. I used a sheet of stickers and cute places them along the edge, then sealed with Annie Sloan clear wax so they didn’t come off. 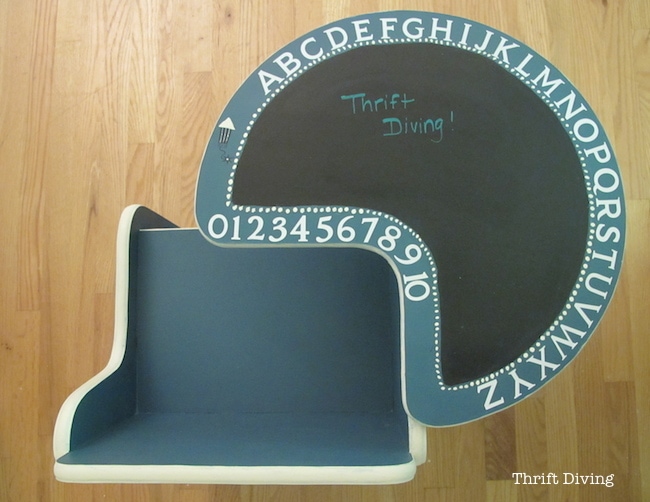 The drawer on the side was perfect for chalk! And I wanted to draw attention to the drawer so I created a white square around the edge. Love that! 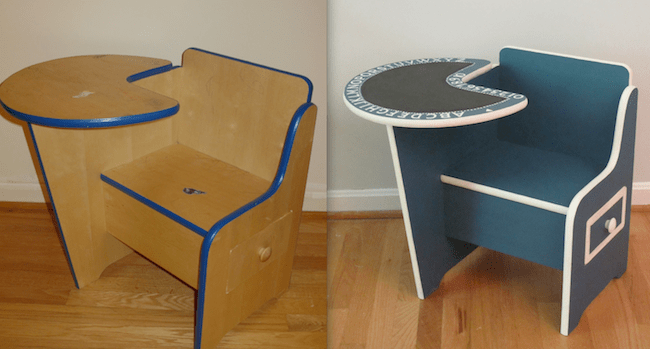 There’s tons of storage for my smaller boys to keep all their chalk! 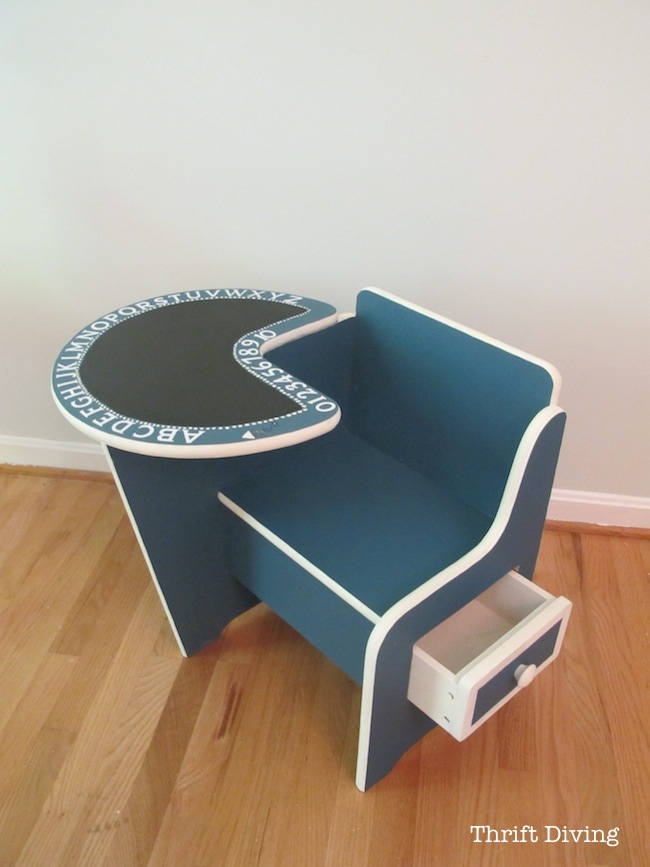 How to Create This Look

Adding a chalkboard to the top is pretty simple. You just need some chalkboard paint or the Rust-Oleum chalkboard spray paint. 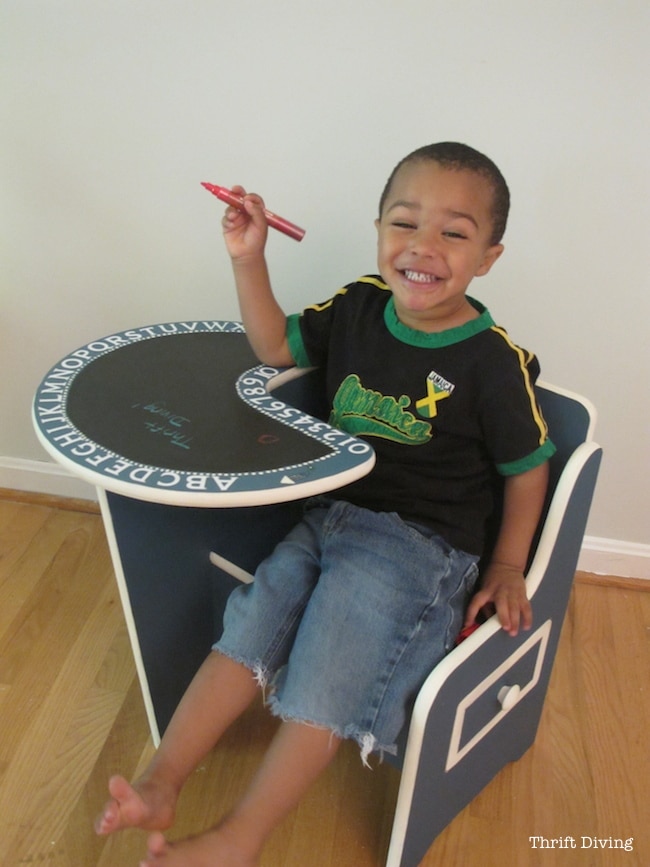 You’re also going to need some sheets of alphabet stickers. If you’ve got a Silhouette Cameo cutting machine (I love mine!), you can cut out vinyl letters. But not everyone wants (or can afford!) to drop a few hundreds on a Silhouette and accessories. Cheap letter stickers work well, too! :). After I placed the alphabet stickers, I used Annie Sloan Soft Clear Wax over them to seal them in. 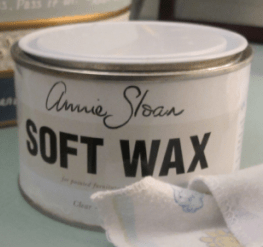 And be sure that you prime your chalkboard first. {{{{Insert face slap here…}}}}}. LOL

I was a dum-dum and forgot to prime the chalkboard before it was used! To prime a chalkboard, just rub the side of chalk over the entire chalkboard and then wipe off. Then your chalkboard will work nicely :). If you don’t prime, writing this this from your kids will totally stain in. {{{{LESSON LEARNED}}}}} 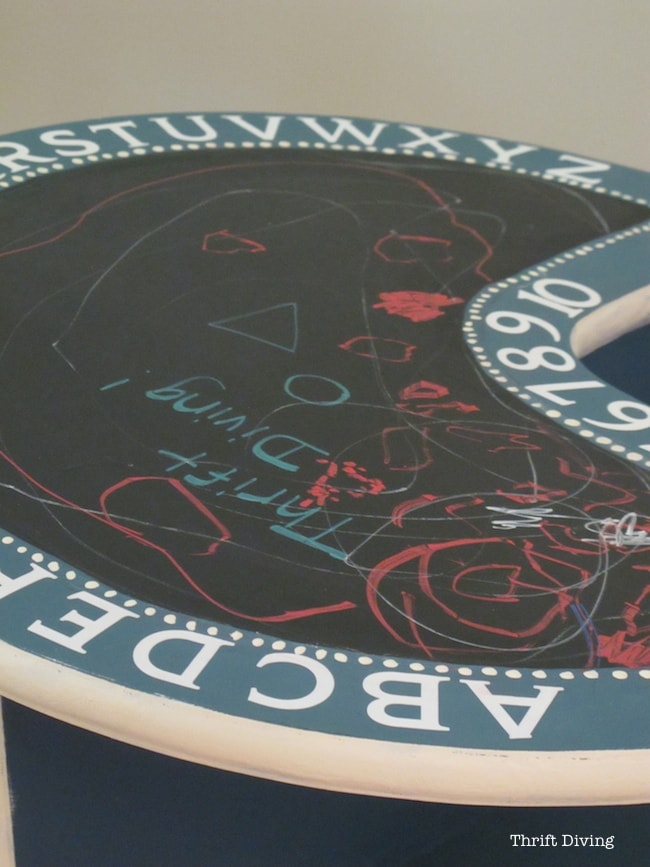 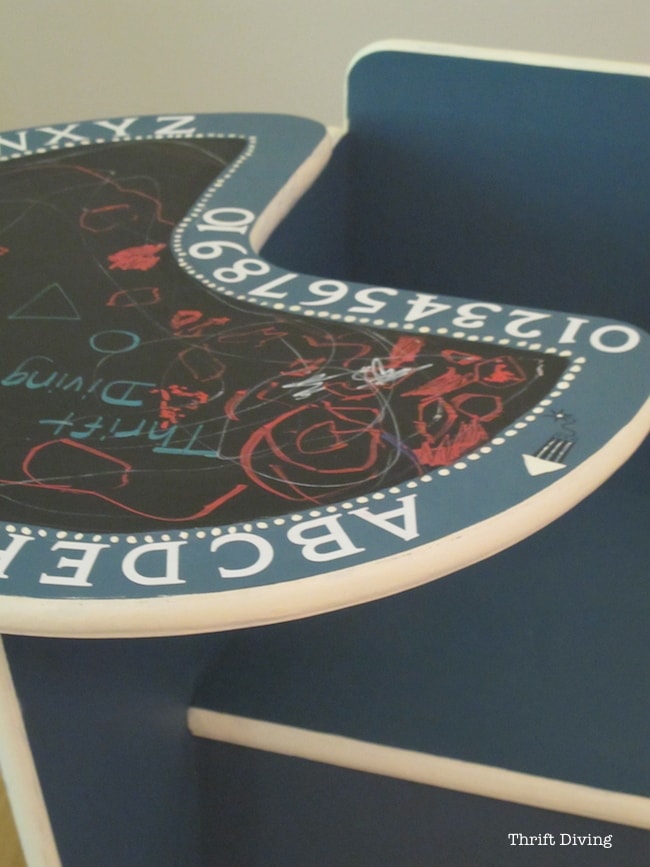 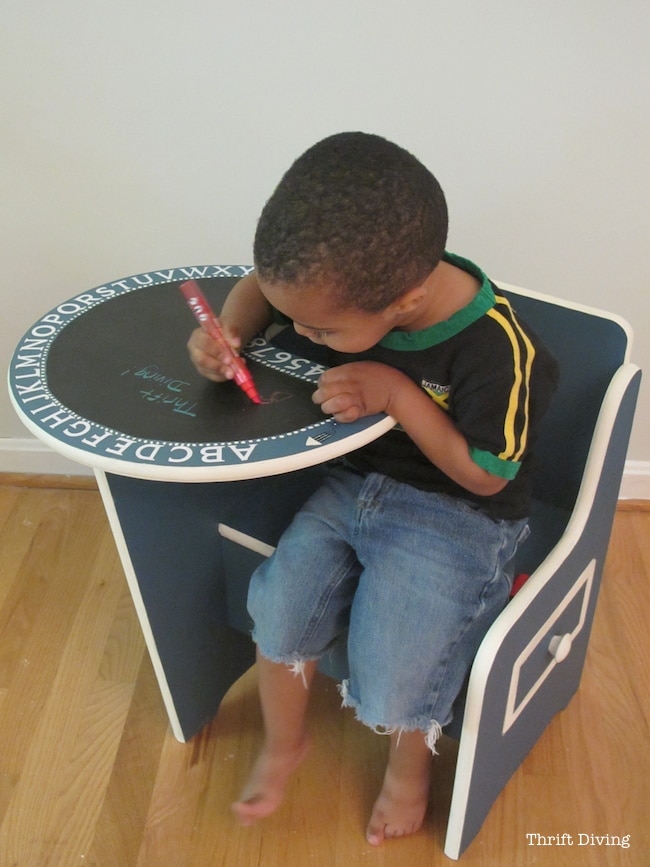 So what do you think?! Even though I’m sure you won’t find this unique little chair at your favorite thrift store, you can still use the idea for lining alphabet stickers along the edges, so your little one can practice 🙂

Have you refinished any desks for kids? What kind of designs/styles did you go for?