Don’t you hate projects that kick your BUTT!

When painting it, all the old reddish-colored stain bled through the chalk paint!

I almost threw in the towel and shouted, “Alright! That’s it! I’m scrapping this!” 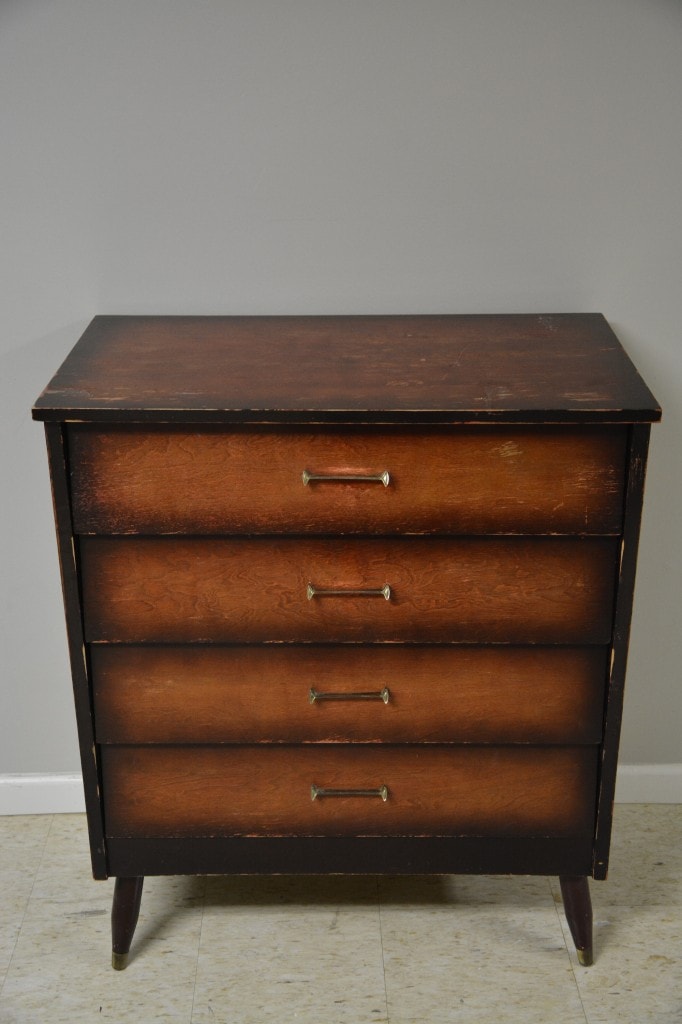 Thankfully, I took a step back and decided to let its fault be my inspiration! 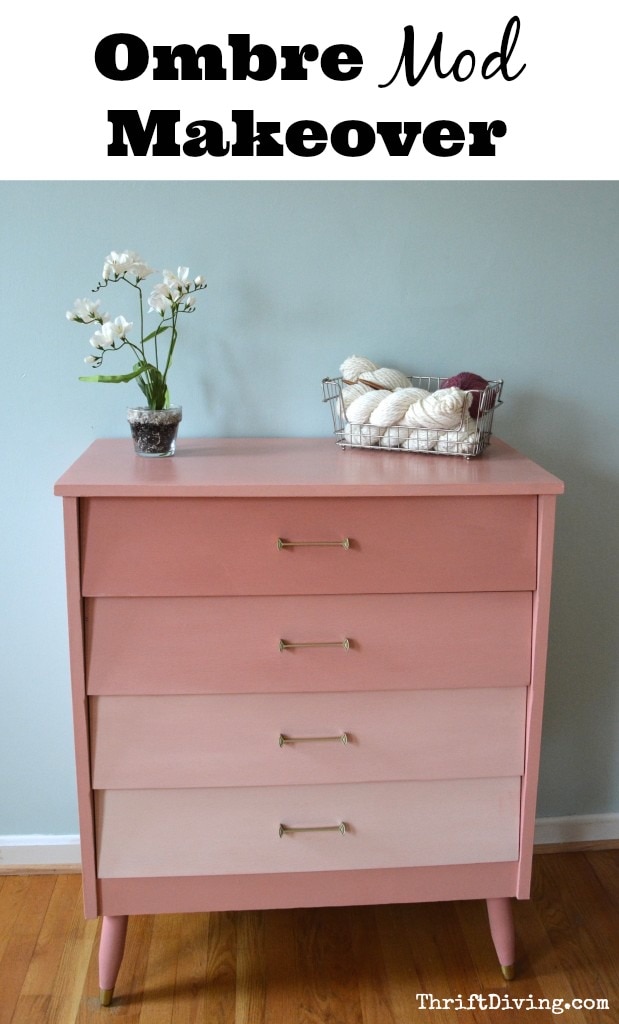 The dresser was in pretty good condition on the inside, but the outside finish was chipping on top. I didn’t want to apply chalk paint on top of chipping paint, so I knew it would need some sanding to smooth it out. 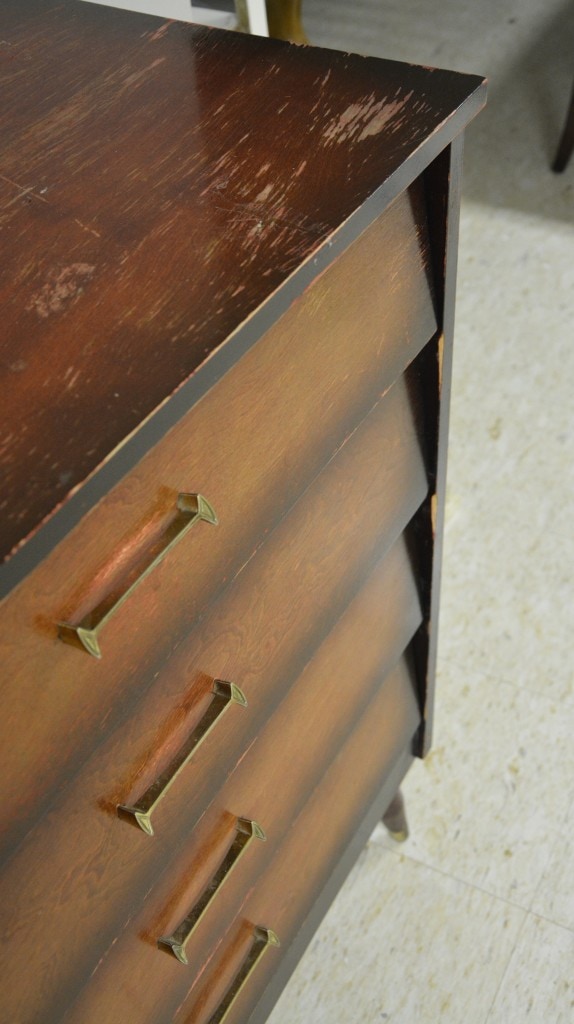 All sanded out and I thought it was now perfectly ready for a fresh paint job, right??? 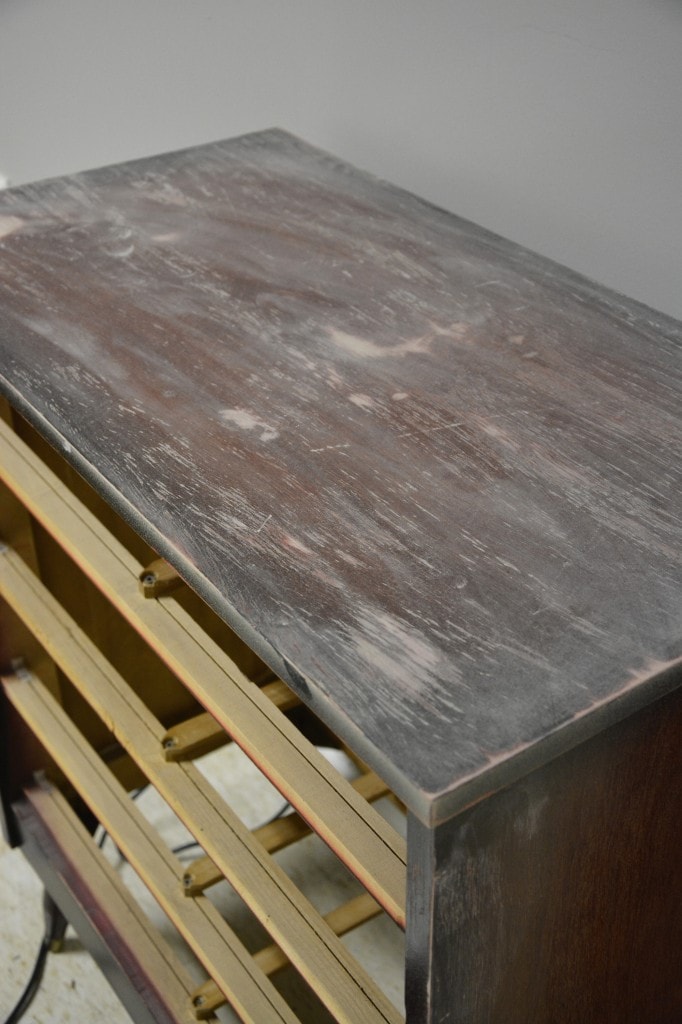 All that sanding must have “activated” and exposed even more of the old red stain. There was no stopping it from bleeding through! 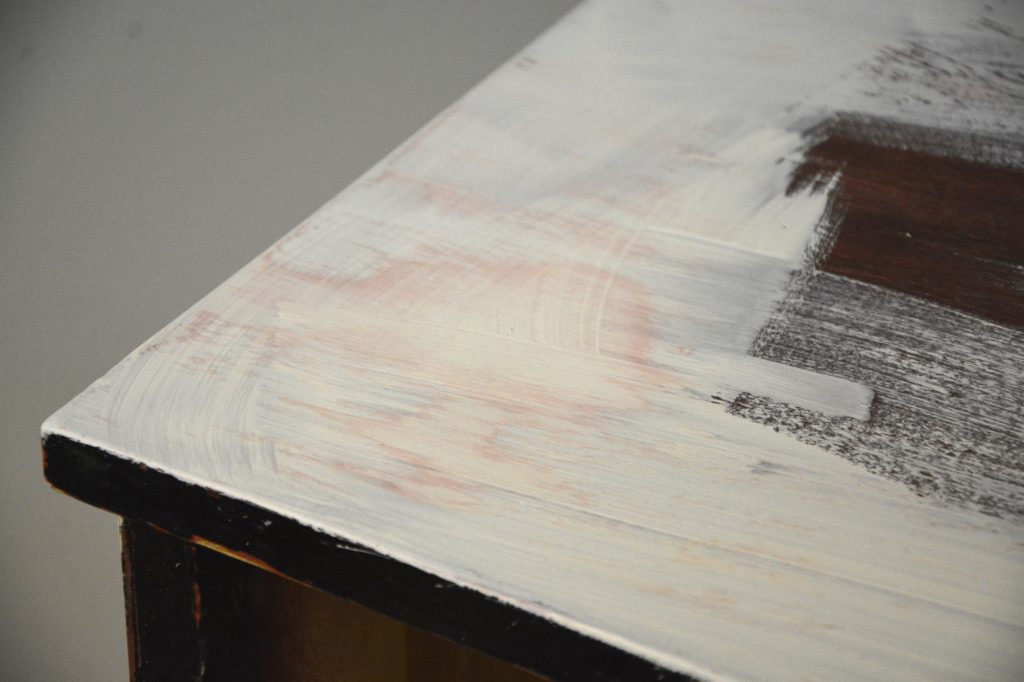 It bled through all over–the top and the sides! I knew that if I didn’t figure out a solution, I was going to scrap the whole thing. But it was too cute of a dresser to do that. 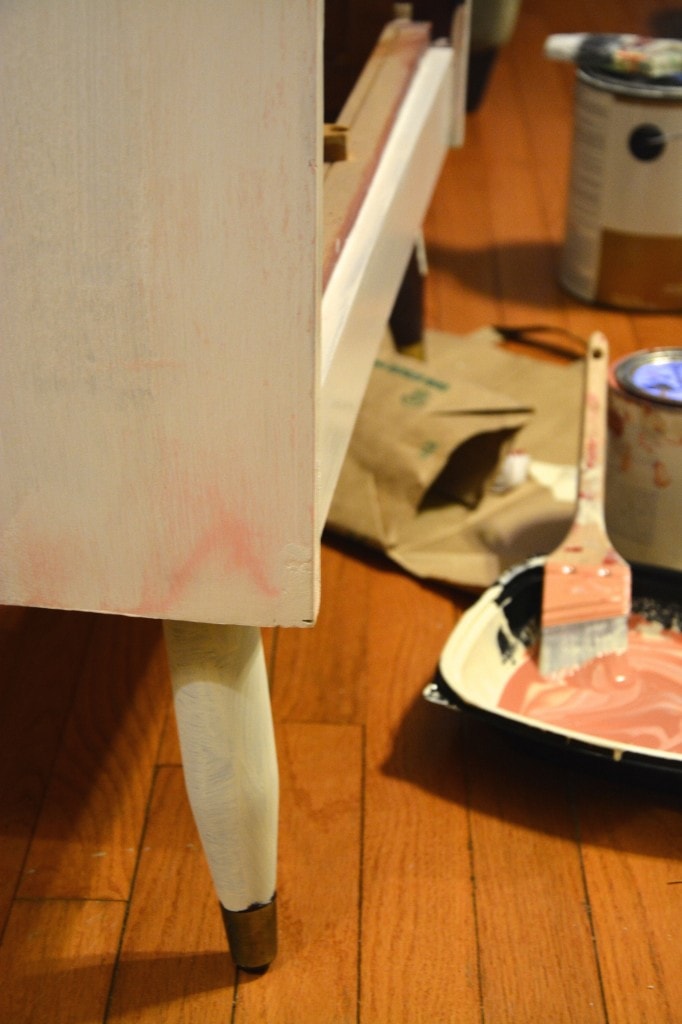 After fooling around with multiple coats of paint and primer with no luck, I decided that if I couldn’t beat it, I’d fool everyone. HA!

Instead of trying to fight the red bleeding stain, I decided I would paint the dresser a shade of pink that would likely hide the bleeding red. 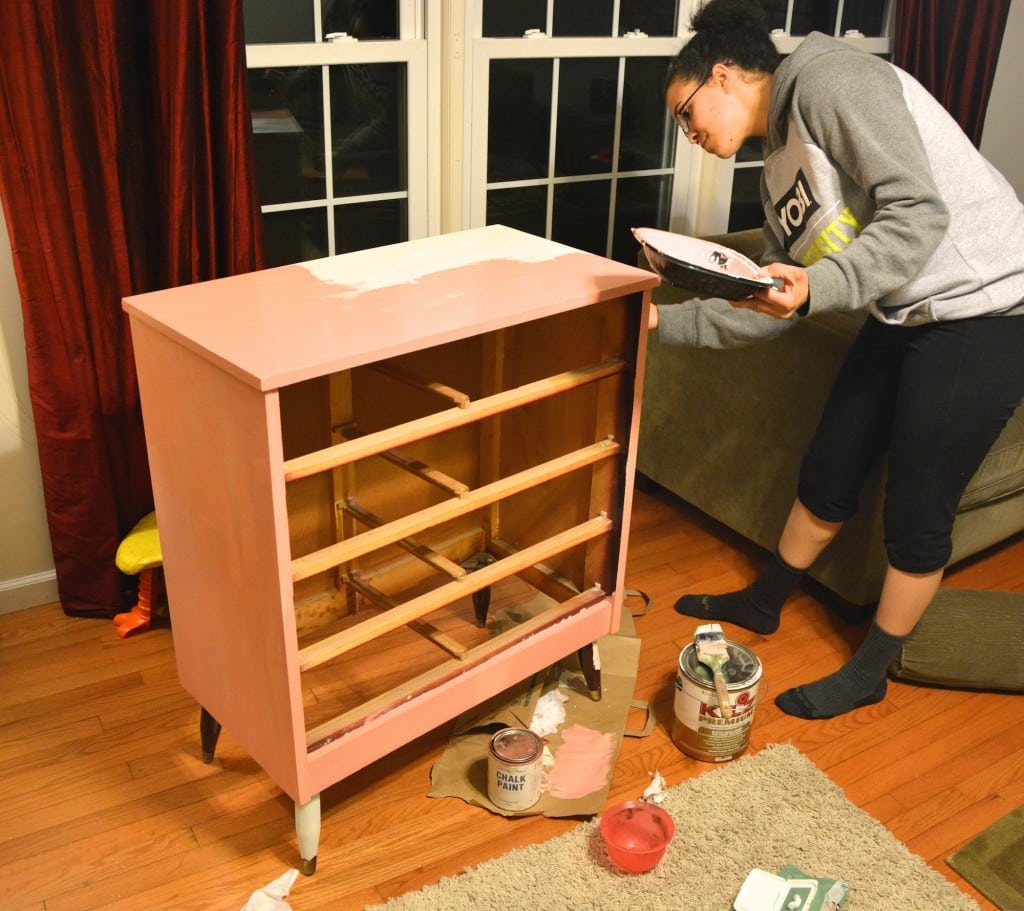 I had originally wanted to do a white dresser with turquoise ombre drawers. Scratch that. I needed pink.

Remember that vintage vanity I refinished recently? I used Annie Sloan Scandinavian Pink Chalk Paint on it, straight from the can, with no lightening at all.

It was kind of a “controversial” color but apparently, hardly anyone ever uses Scandinavian Pink right out of the can. It’s too….salmon. But I loved it! 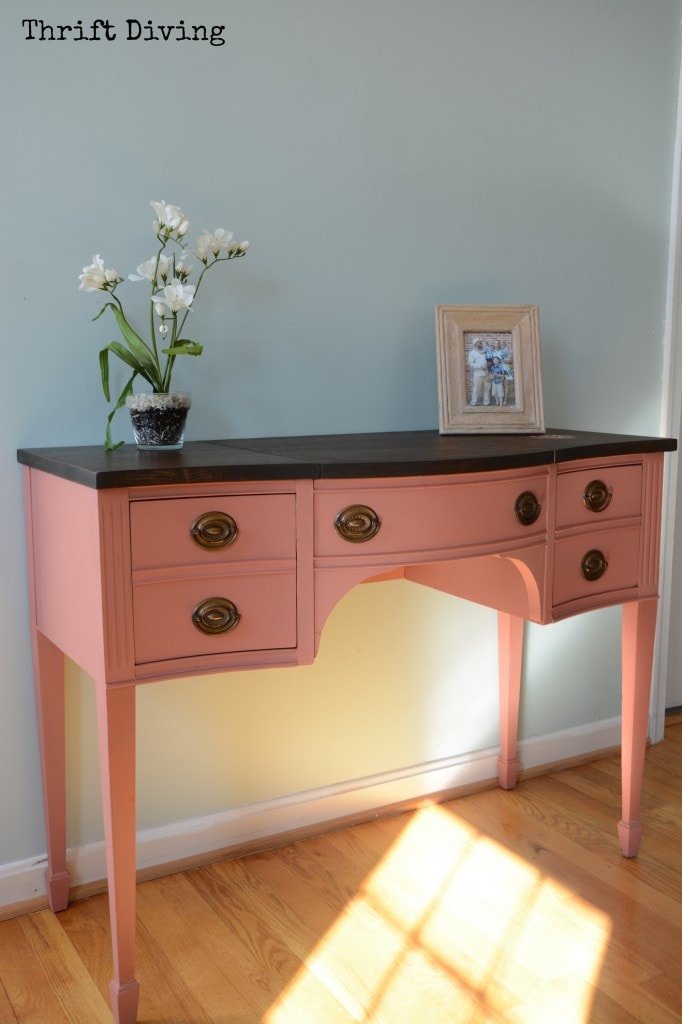 This time around, however, I did what most people do–mixed in some Old White Chalk Paint to soften up the shade of pink. Then I mixed in more Old White to get varying shades for the drawers.

At first, I liked it….then I hated it….and now I like it again. 🙂 These are all the struggles you don’t see, behind the scene of any DIYer. We’re quite indecisive sometimes. 🙂 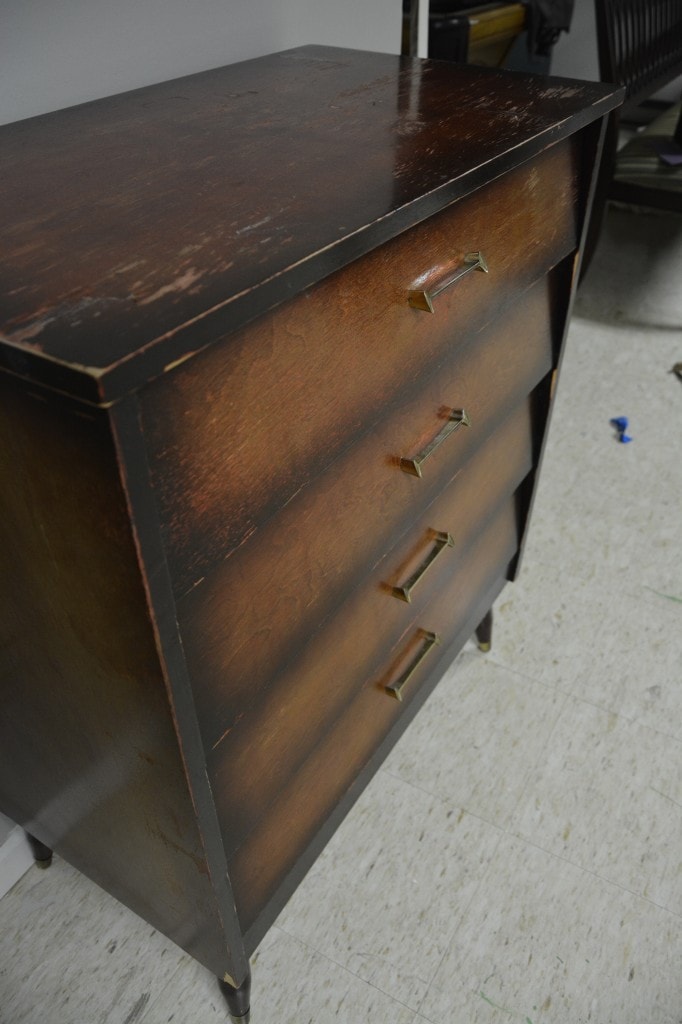 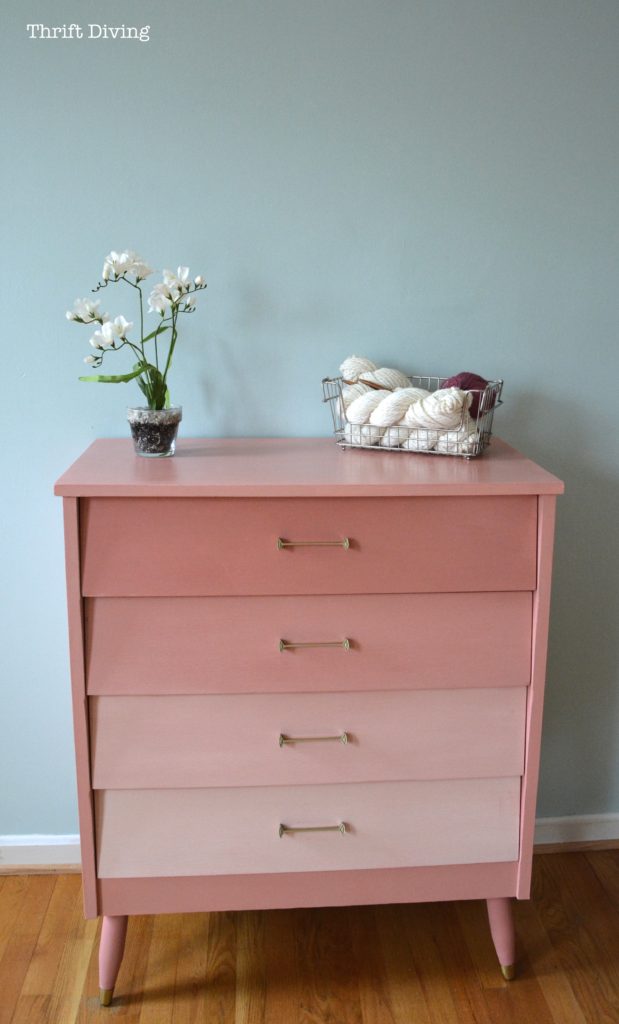 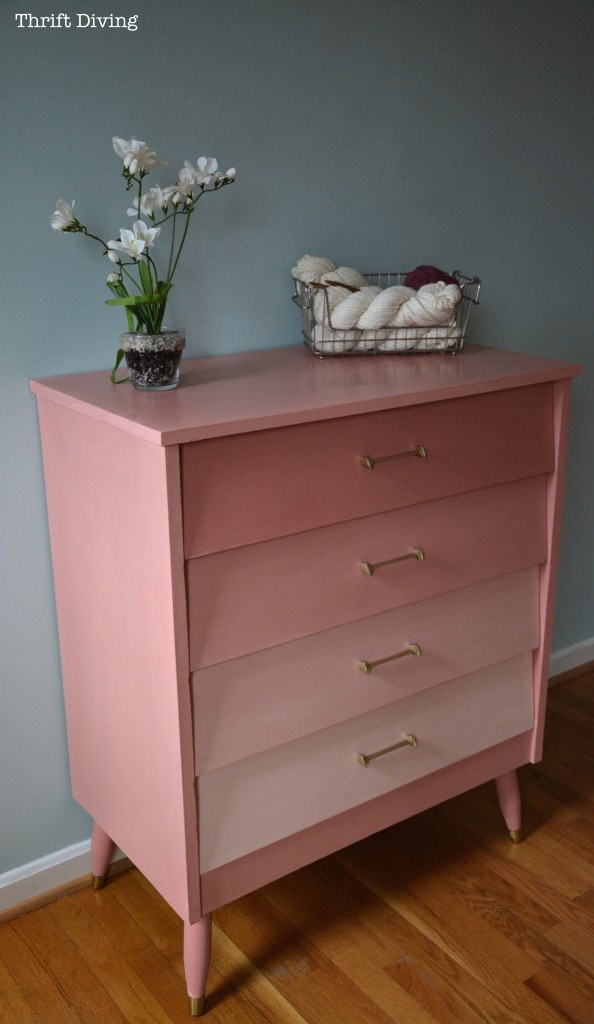 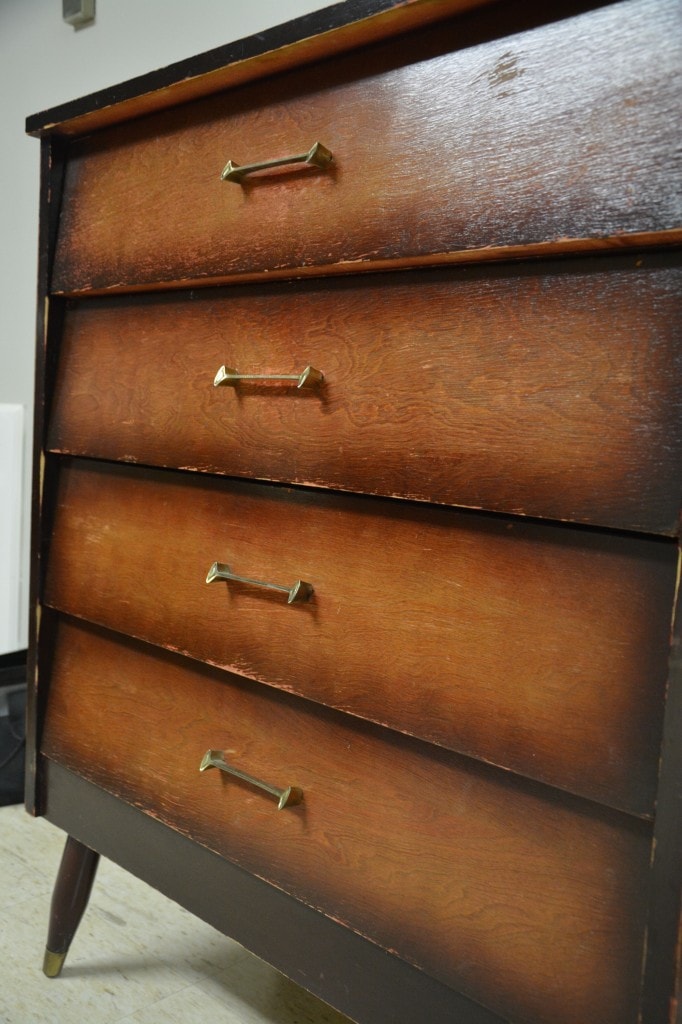 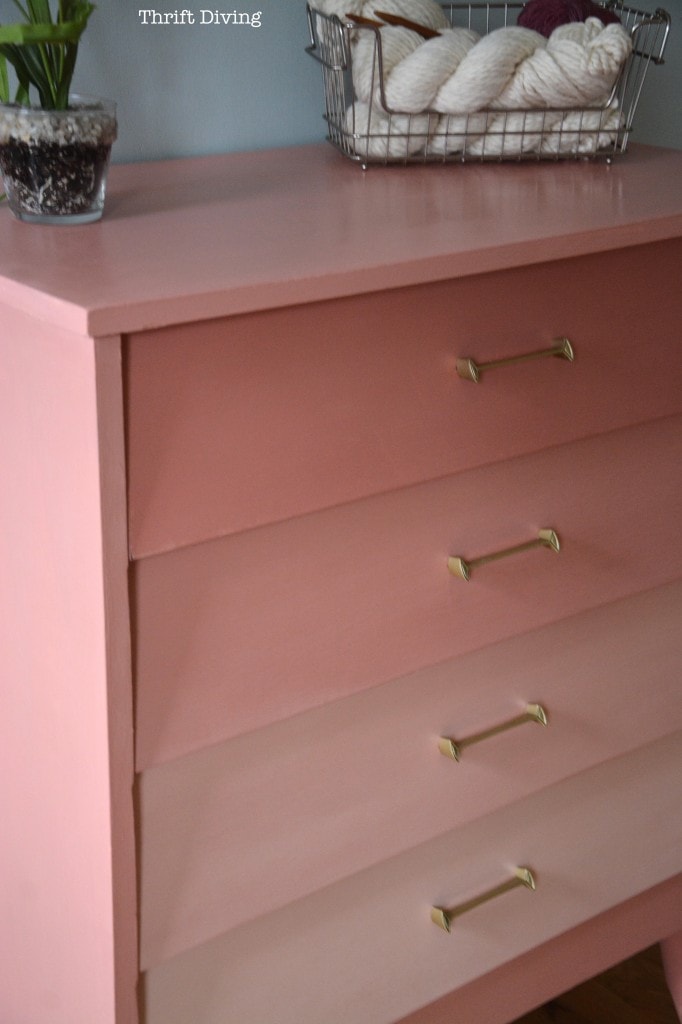 I really liked the original hardware so I decided to keep it. Even though they were already gold, I spray painted the handles with gold spray paint so they were more uniformly gold and not worn looking. 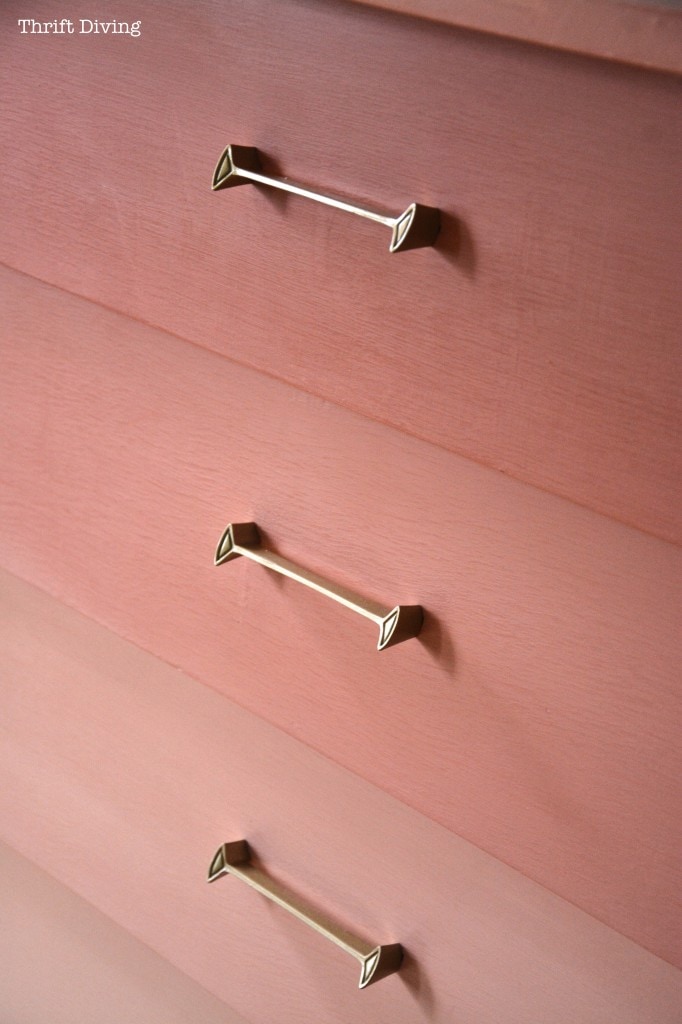 The layered look at the drawers were just begging for an ombre effect! I’ve never seen cool dresser drawers like this before. Very unique! 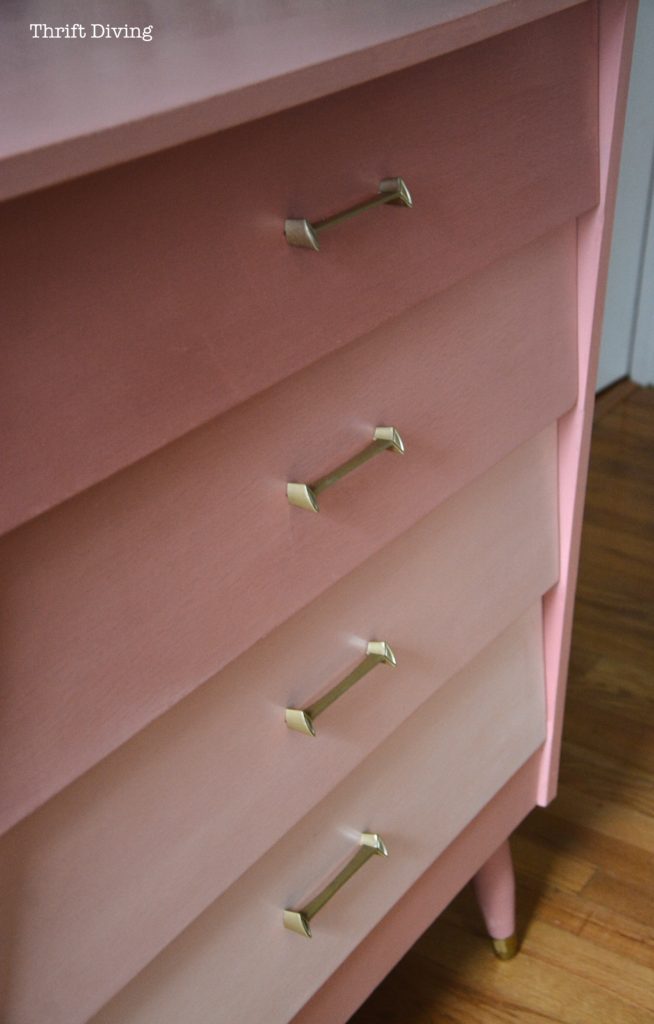 I also bought this basket at the thrift store for about $3.00. I absolutely LOVE it! What a great dresser top find! 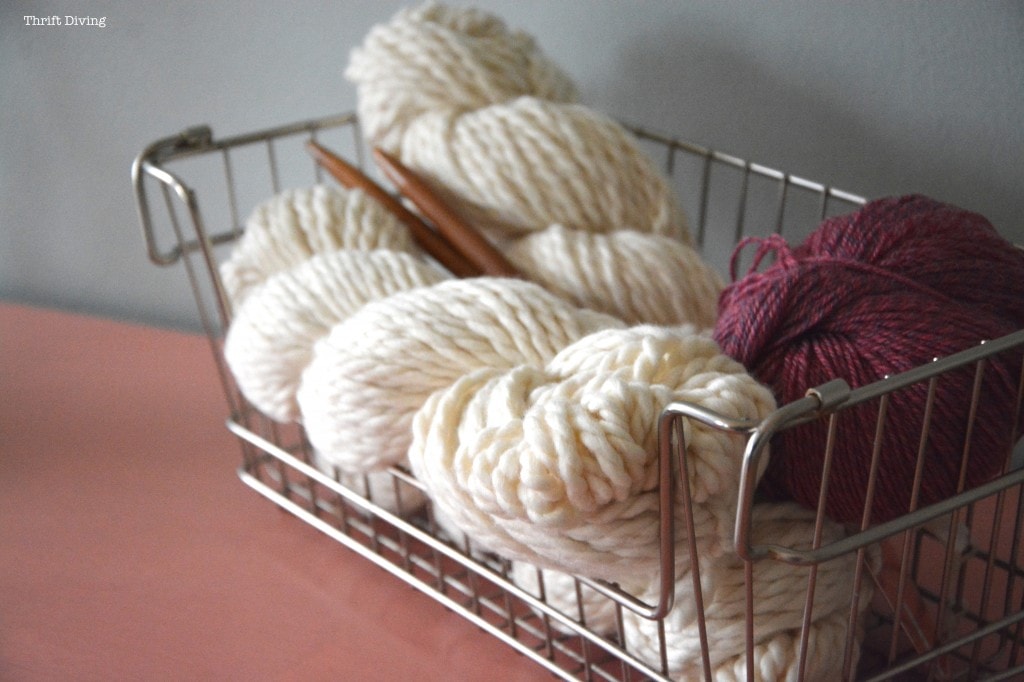 I love waxing furniture. As physically arduous as it can be (you’ll have biceps of steel if you wax for long enough!), the results are usually pretty shiny and impressive.

And no more chipped top! 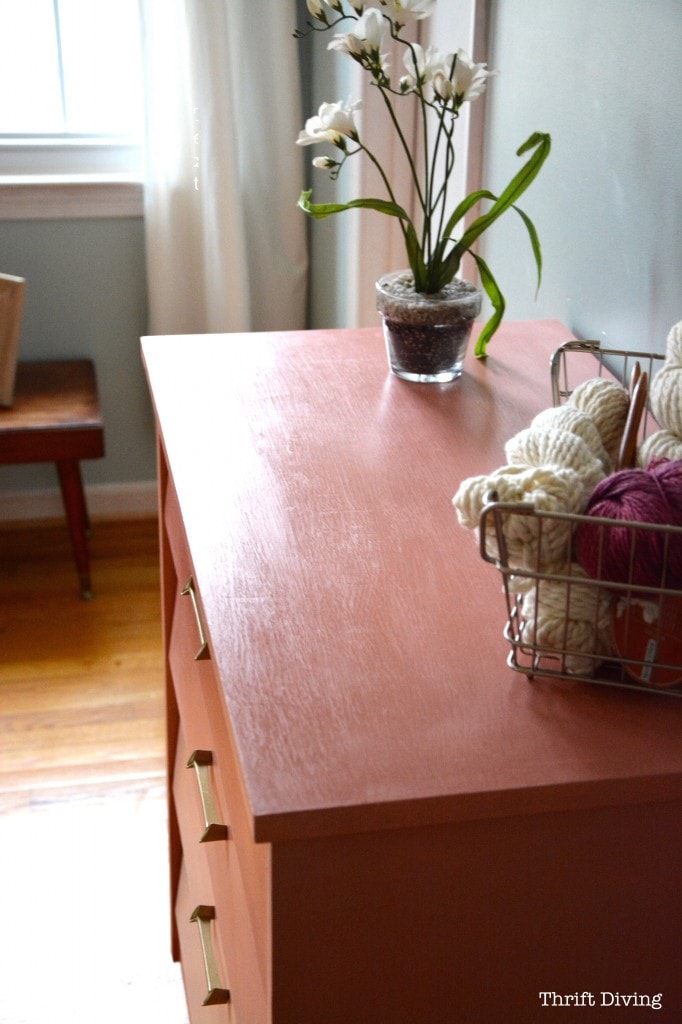 So what do you think?! Do people love pink furniture as much as I hope they do? 😉 Leave a comment below! 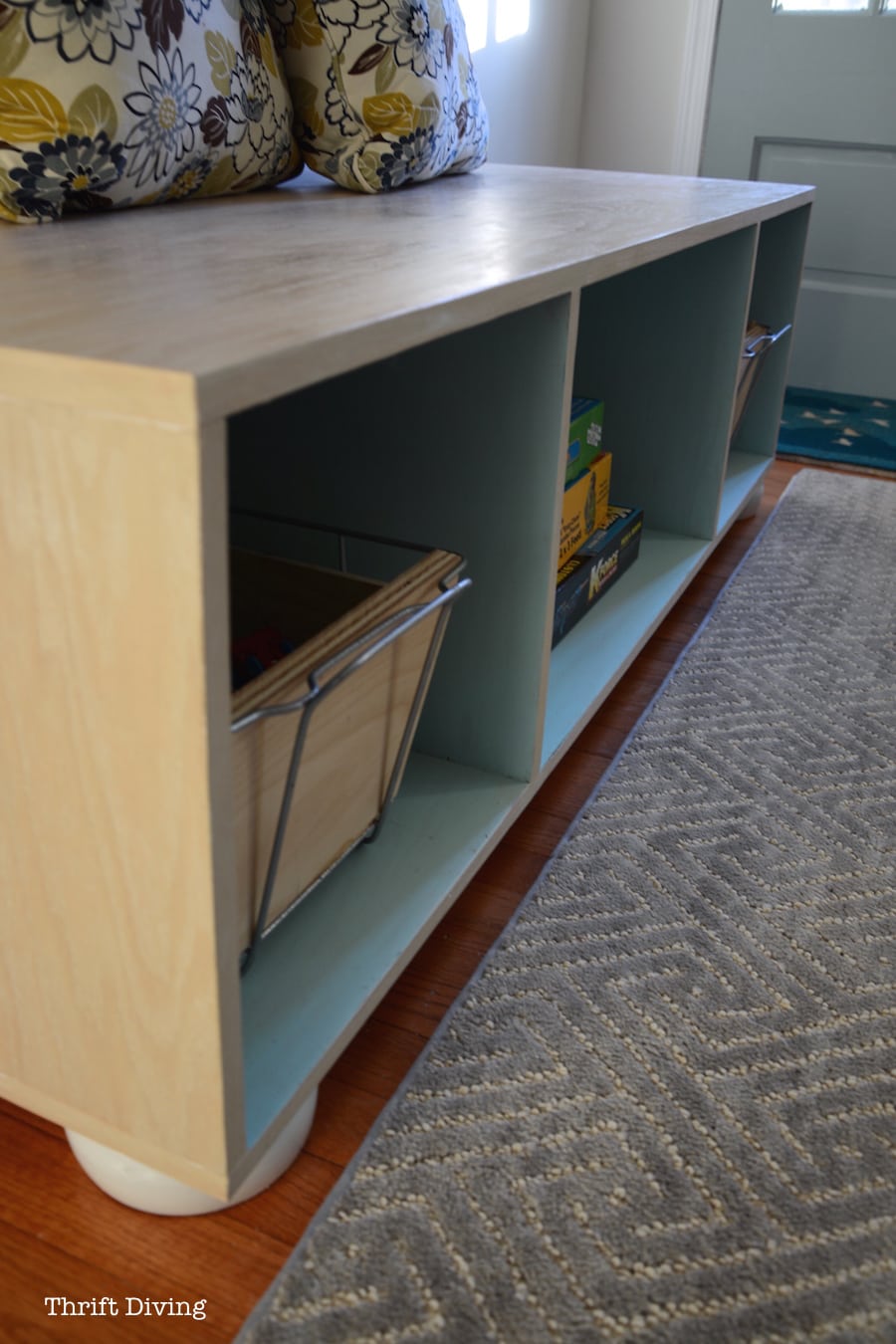 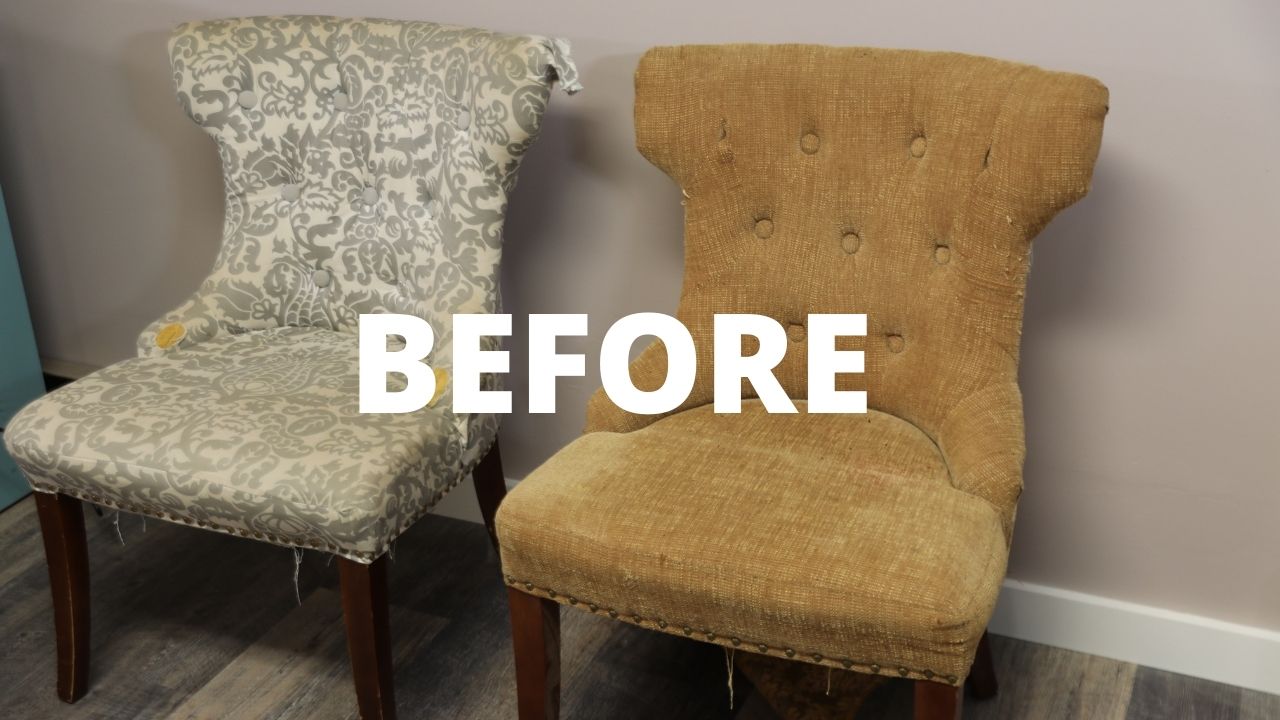 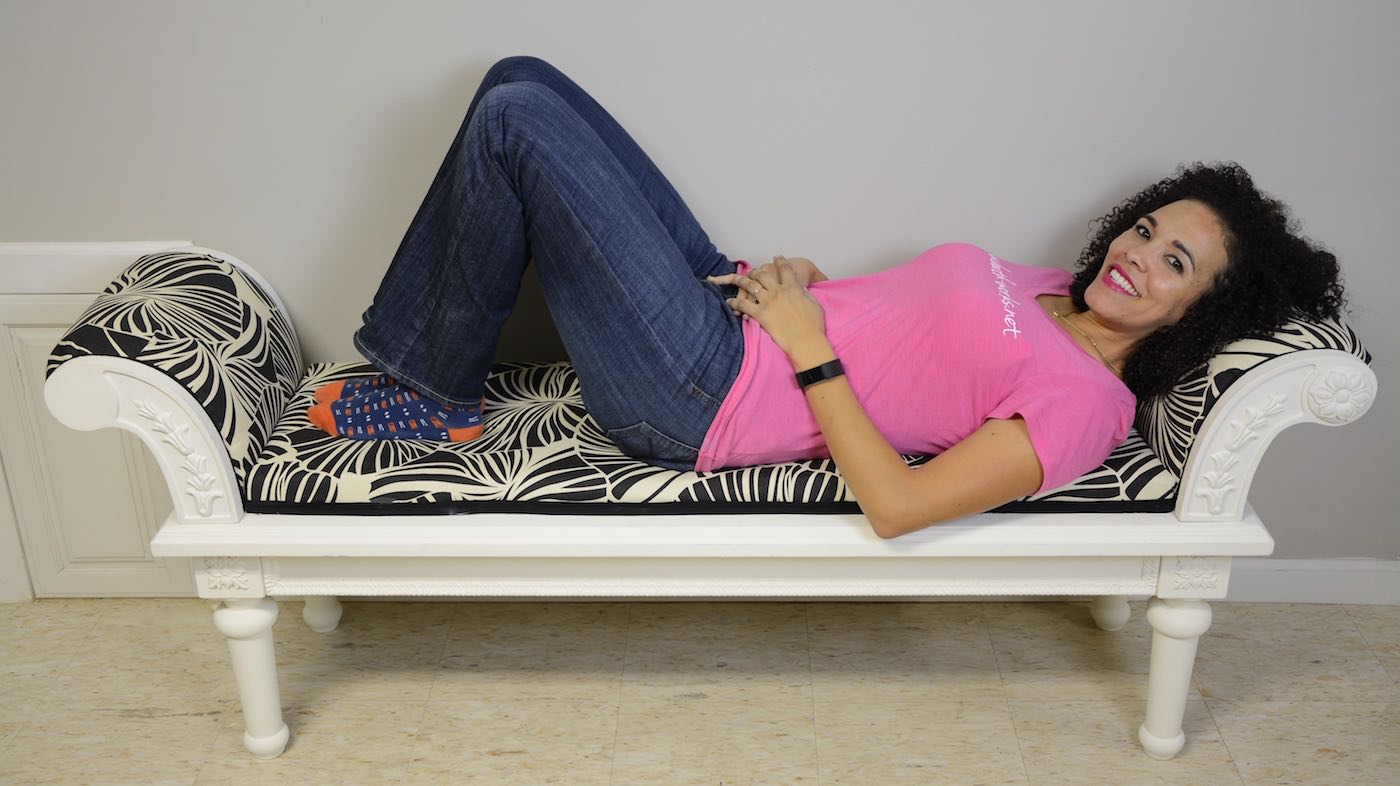 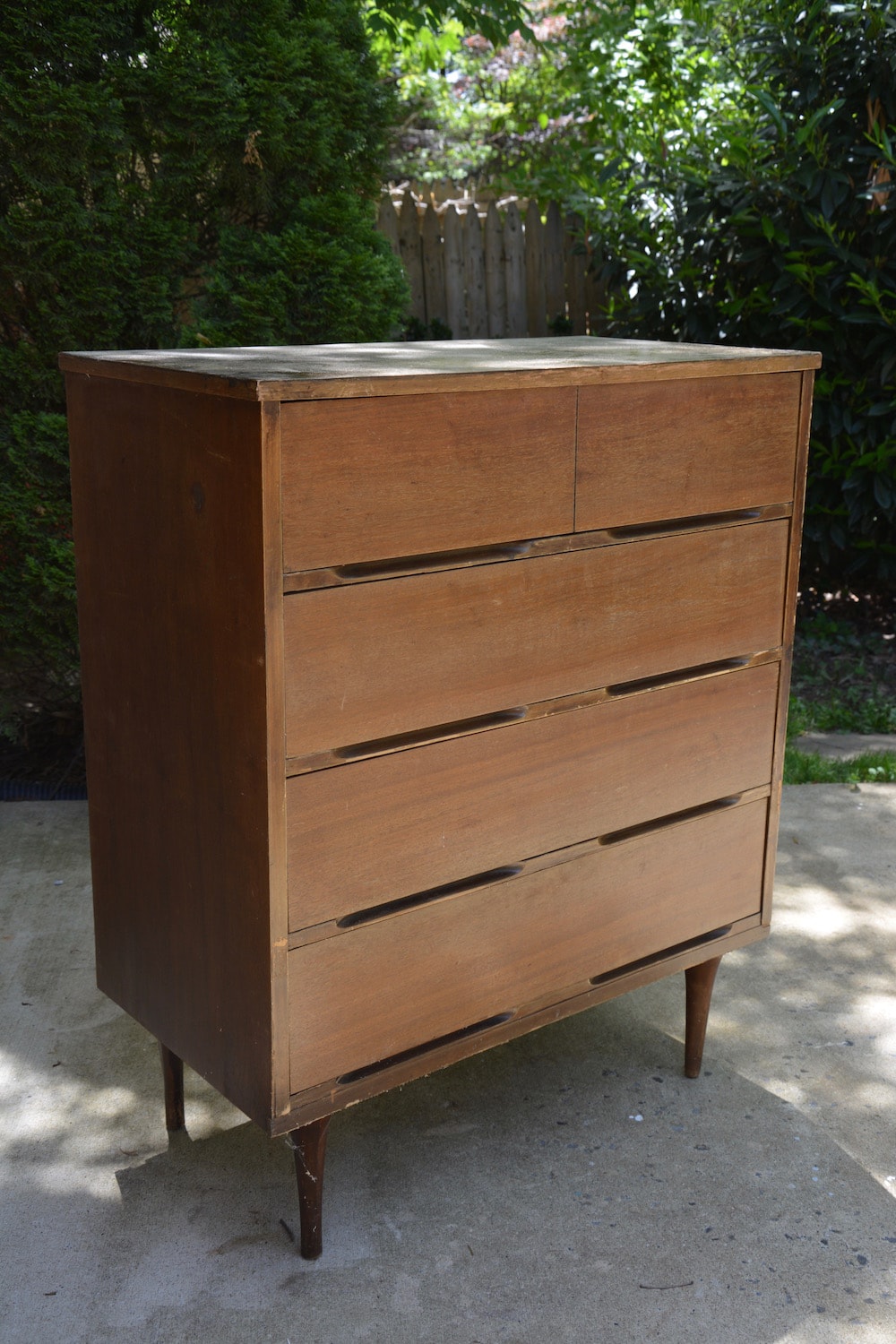 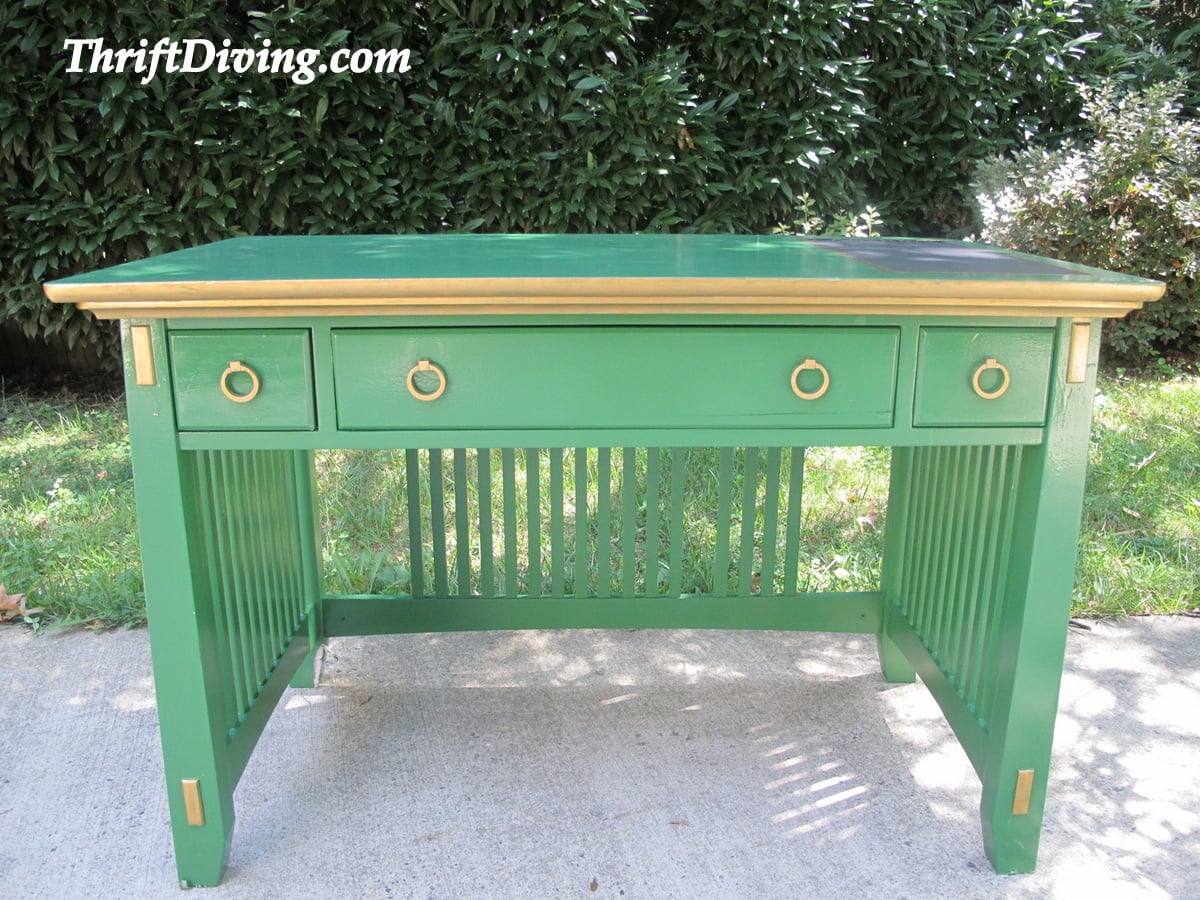 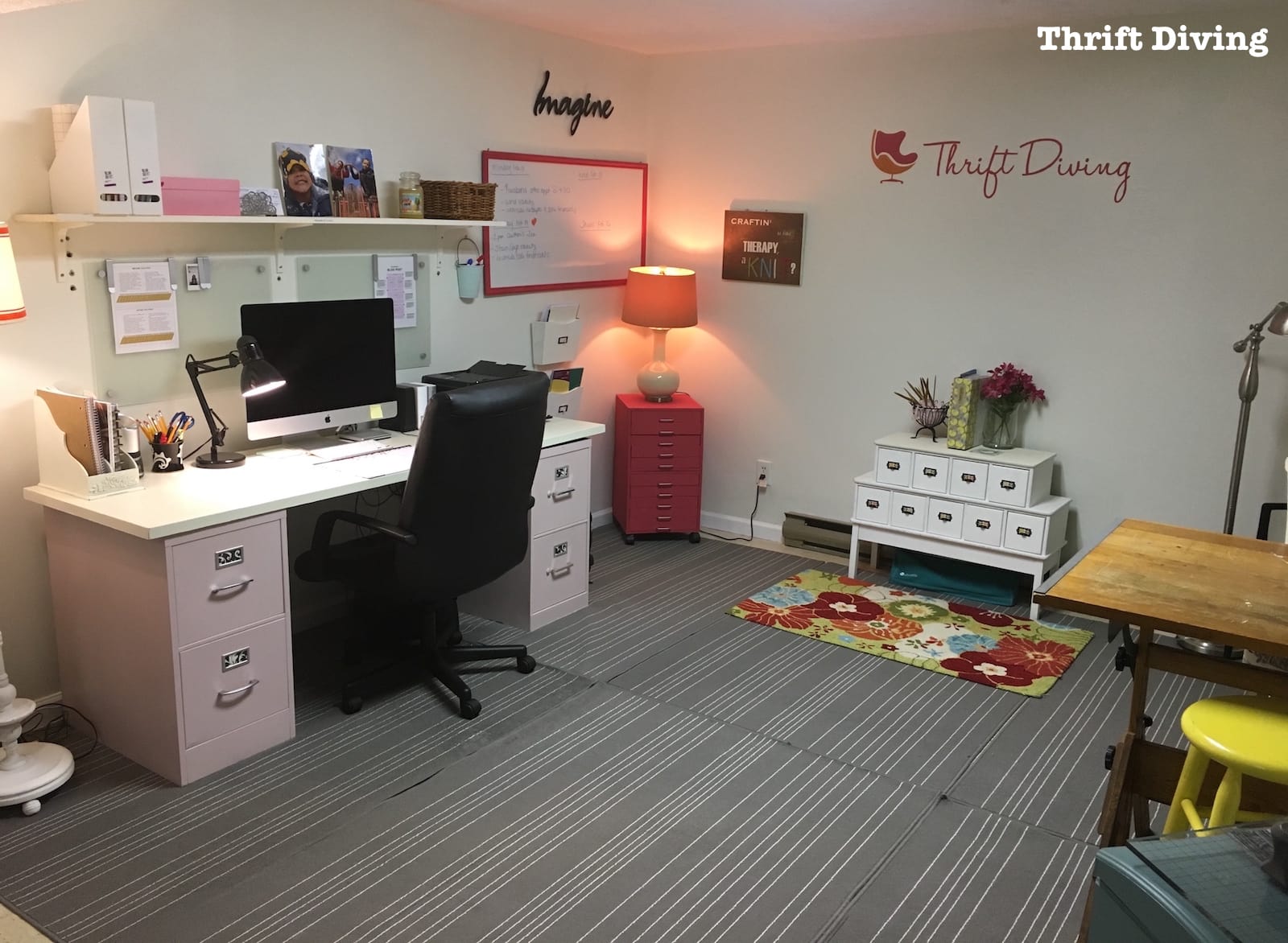